Every participant will receive a shirt and challenge coin! 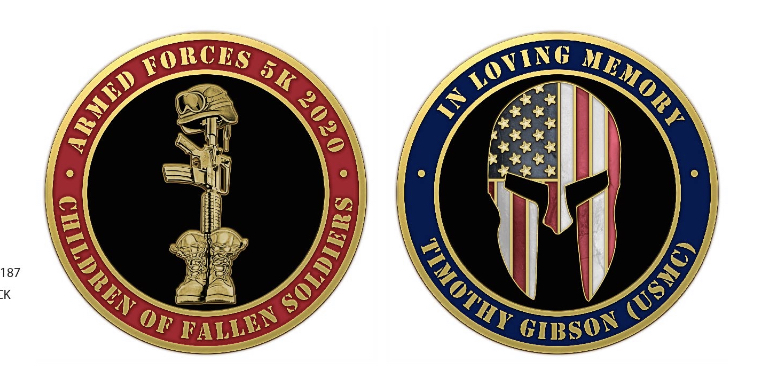 Military commanders often give pocket-size medallions, called Challenge Coins, to service members as a mark of camaraderie. A commander’s unique coin — often copper, bronze or nickel — carries symbols and mottos denoting the unit or office. Coins are usually circular, but also can be pentagons, spades or even dog tags to be worn around the neck.

Throughout their service, military members use the coins to prove their allegiance when challenged. High-ranking officers and retirees often display a collection of coins in their offices alongside uniform patches and ribbons as a symbol of pride.

RUNNING IN MEMORY OF TIM GIBSON

Tim Gibson grew up in Merrimack New Hampshire and graduated from Merrimack High School. Shortly after high school he joined the United States Marines and graduated from boot camp at Parris Island South Carolina. He would them complete The School of Infantry at Camp Geiger North Carolina and be assigned to the 3rd Marine Division in Kaneohe Bay Hawaii. Tim would complete two deployments with the 31st Marine Expeditionary Unit aboard the USS Essex with the 3rd Battalion 3rd Marines. He would later be reassigned to the 1st Battalion 3rd Marines and be credited with two tours in Iraq. Tim took part in the 2nd Battle of Fallujah on November 7th 2004 which is considered to be the bloodiest battle since the Battle of Hue during Vietnam. Tim and his Marines cleared structures occupied by radical insurgents until January 26th 2005. Tim was on a CH-53 Super Stallion when it encountered a sand storm and ultimately crashed near the Jordanian border killing all 31 on board. Tim was and is loved by his family, friends, and Marines. This race is to honor Tim and others like him who payed the ultimate sacrifice for our freedom.

The Children of Fallen Soldiers Relief Fund was founded, October 23, 2003 to help support surviving U.S. Military children who have lost a parent in the Afghanistan or Iraq wars by providing them with College Grants. Our College Grant Program has been expanded to include both U.S. Military children and spouses who have either lost a loved one as a result of the Afghanistan or Iraq wars or have a severely disabled parent or spouse who was injured during a deployment to either war. Our second objective is to help the surviving and severely disabled members of these families with financial assistance. We provide help to U.S. Military families that have children under the age of 18, and who are in need of assistance with housing, repairs, utilities, medical expenses, groceries, clothing, school supplies and other expenses deemed necessary in order to help alleviate their need.

There is no substitute for a parent, but we strive to ease their pain and grief, and will continue to honor the memories of our fallen service members.
CFC #43573

Sign your children up and receive educational packet regarding the Armed Services, a Certificate of Completion and and American Flag for FREE!

A few photos from years past. 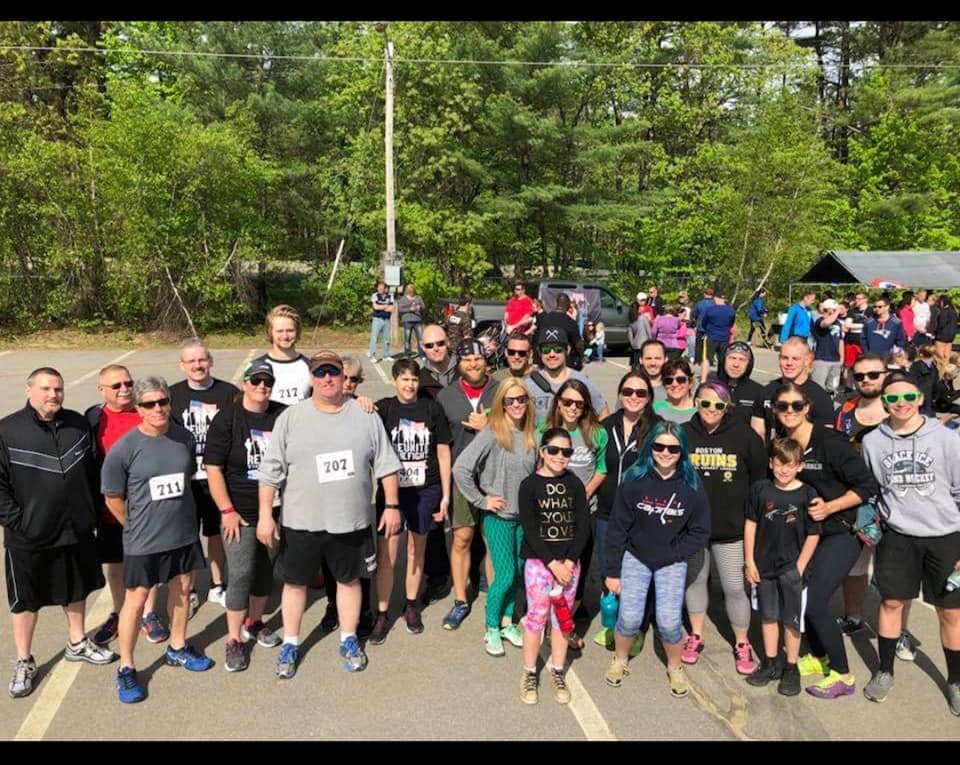 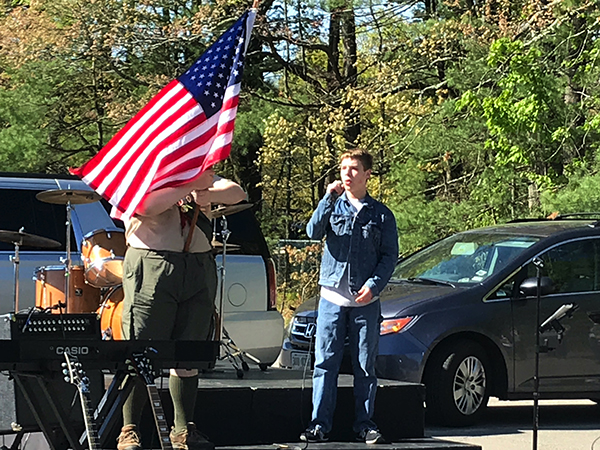 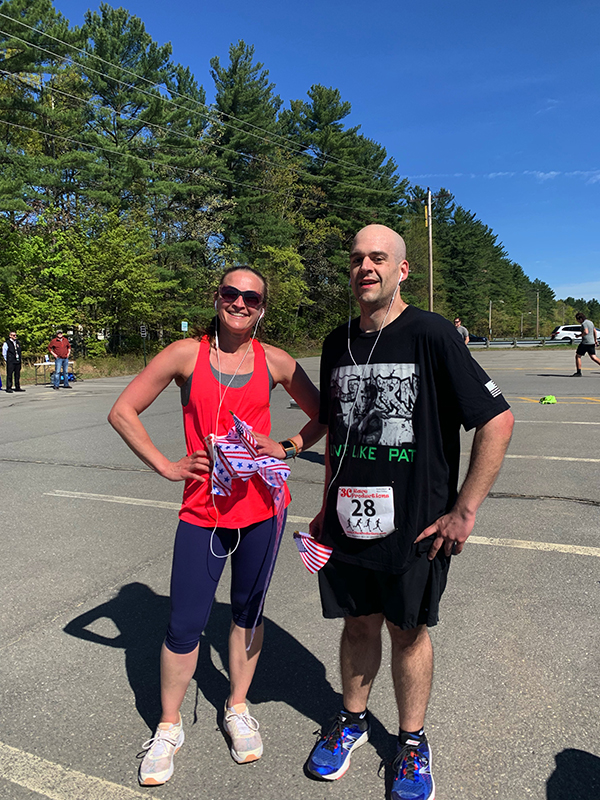 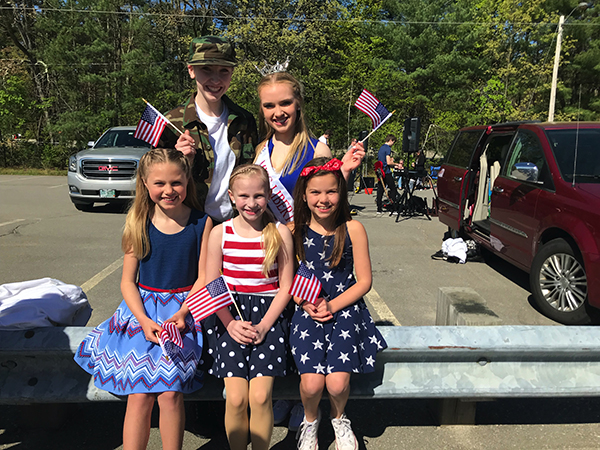 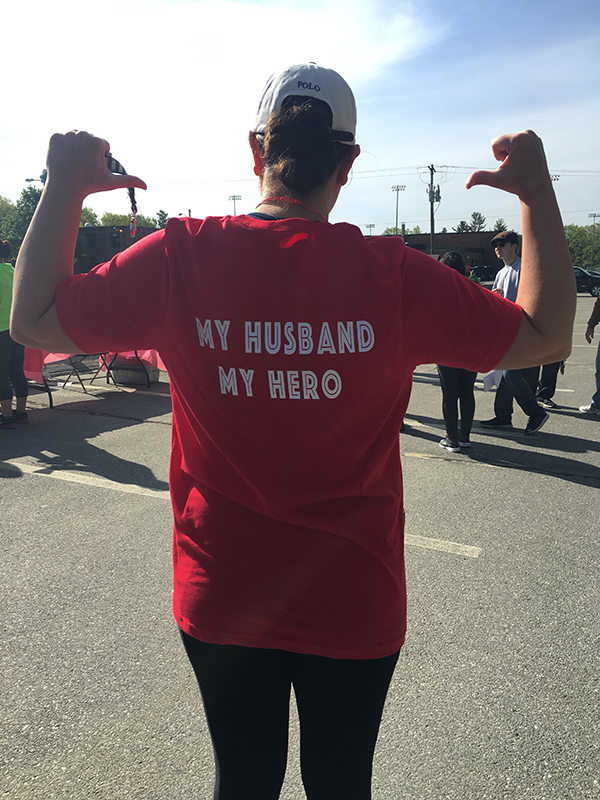 Run Anywhere You Safely Can