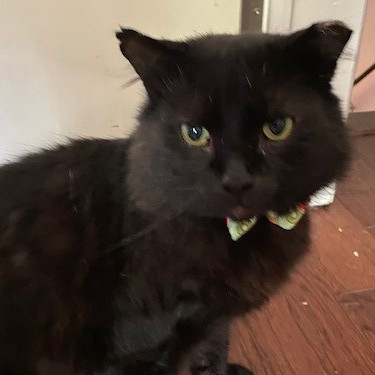 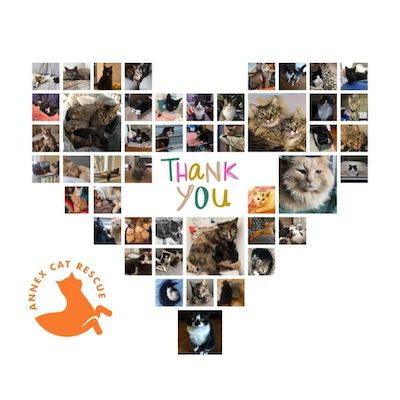 Over the past twelve months I have helped change the lives of over 200 cats through TNR and socialization.  I couldn't have done this without Annex Cat Rescue.  Annex has taken in many of the cats I have been able to socialize.

Jakes is one of those cats.  Jake was trapped at a feral colony in my neighbourhood where we also caught five pregnant girls (all of whom went into Annex) and Jake was mean!  He would slap my hands every time I tried to take his food bowls or change his water. Things started to get painful and I had to purchase a reacher/grabber so I could get his bowls without bleeding.  When Jake was neutered he was supposed to be a TNR - trap-neuter-release, but he was found to have two broken canine teeth. This would have been extremely painful for him and I knew I couldn't release him that way.  Annex agreed to do a one-time dental on this feral cat, a cat who I believed had no chance at socialization and adoption.

Dental appointments have not been easy to get during Covid as most vets are working with limited staff and Jake had to wait six long weeks.  Around week four I had given up on ever being able to socialize Jake, we were just going to co-exist until his teeth were done and his mouth was healed and I would return him to his home.  Jake had some other ideas, however, and the day after his teeth came out I opened his crate to feed him and he came waltzing out.  I was slightly terrified as this big guy with a massive head started rubbing up against my legs.  Who was this cat, this wasn't the same Jake?  Since that day, Jake and I have become best friends.  He allows me to pet him, pick him up and will even sit in my lap.  Just last week he finally started to purr.  Jake will be available for adoption soon, but he would never have had that chance if Annex hadn't agreed to help Jake and get his teeth fixed.

Jake is one of many cat stories I can share with you.