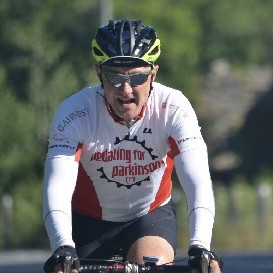 Hi, thank you. Yesterday with some close friends we rode the 200km route out and around Collingwood. Most of the time we were on gravel roads and almost all of it hilly. There was 2,100m of elevation. And an equal amount of downhill. The downhill races by... To add to the atmosphere, it was also raining until 1pm. The rain, combined wth the gravels roads completely covered us with a grey paste. We started at 7 am and finished around 5pm. So, it was a long day. It was fun though, at times. At other times, less so. After being rained on for 5 hours we were pretty cold. We had stops along the way, but at lunch were able to get some dry clothes and warm food. With that, our spirits were much improved and we headed out quietly confident we were going to make it. The last hour was hard. We thought we were closer than were, so had to re-commit. Thank you very much for your support. It is fully and completed appreciated. Ian