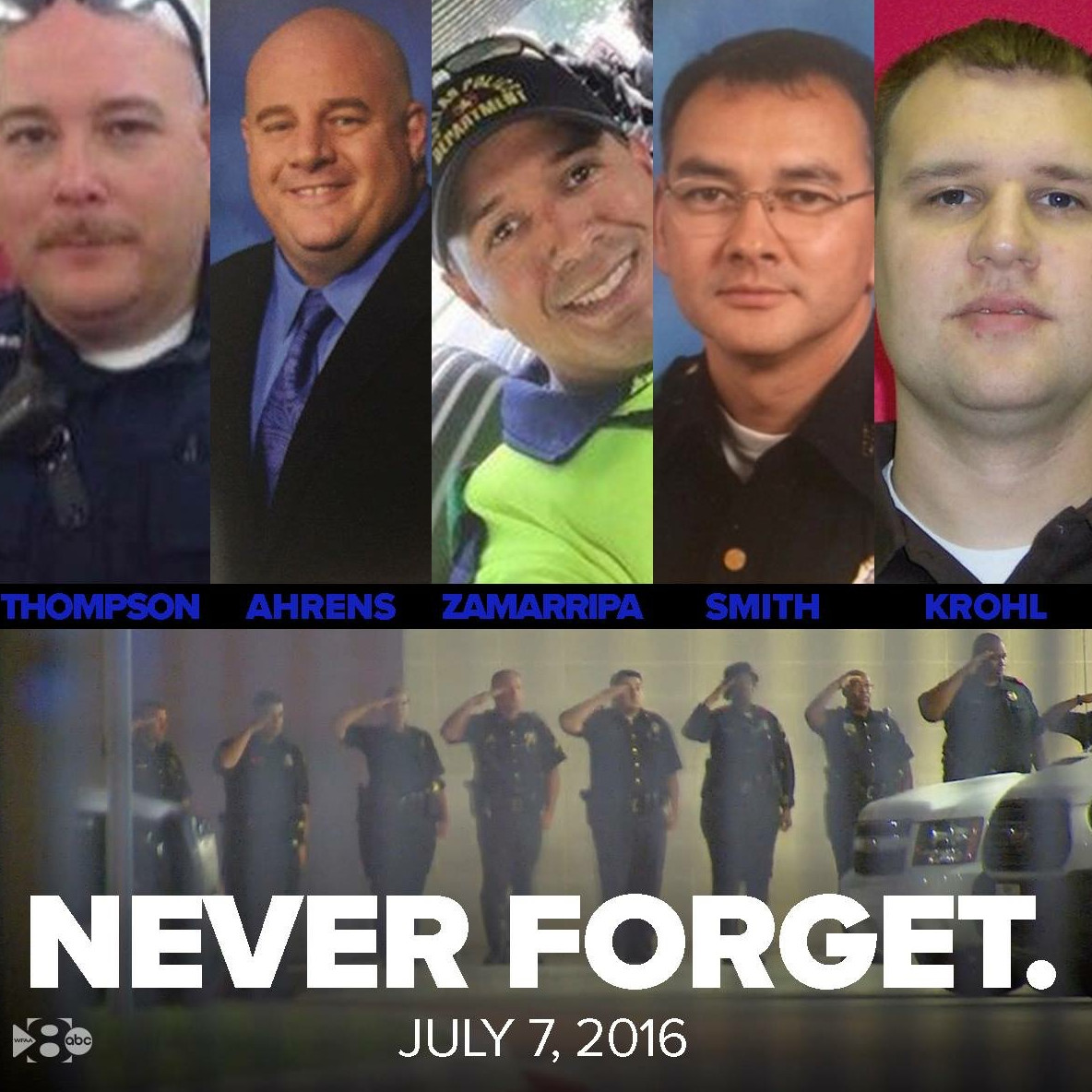 On the night of 7 July 2016 I was side by side with DPD and DART officers to seek out and destroy evil. In doing so I witness acts of bravery, courage, selflessness, sacrifice... I witnessed citations that have been written for our combat veterans who earned medals such as the Silver Star w/ "V", the Navy Cross, and the Medal of Honor. My sisters and brothers in Blue will forever watch over our flock day and night without question or hesitation we are The Thin Blue Line between "order and chaos" between "evil and good." Isaiah 6:8 reads, And I heard the voice of Lord saying, "Whom shall I send, and who will go for us? Then I said, "Here I am! Send me." That night hundreds of Police Officers did just that they said "Here I am! Send me." Please help me in raising money for those family's who lost a loved one that night and for those injured answering the call of duty that night. Thank you and God Bless You.