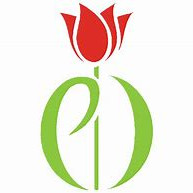 Pueblo Norte Senior Living Residents and Staff thank you for your support of the PUEBLO PRANCER’S as we support all those affected by Parkinson's, including one of our own, Lou Lagomarcino. OUR JOURNEY WITH PARKINSON’S- by his wife Linda. Lou was and still is a civil engineer. He noticed a slight bump in his previously perfect drawings – I noticed a difference in his walk, his posture and the volume of his voice. Twenty years ago a visit to a neurologist set the path towards Parkinson's. That diagnosis was confirmed several years later with an appointment at the Muhammad Ali Parkinson's Center. Lou continued to play golf with our grandsons, play tennis with a group of seniors who carried many band aids for the increasing number of falls. Over the years his balance and mobility became problematic and he developed hallucinations that continue to this day. He is otherwise healthy and generally very happy today – still designing ramps and intersections.