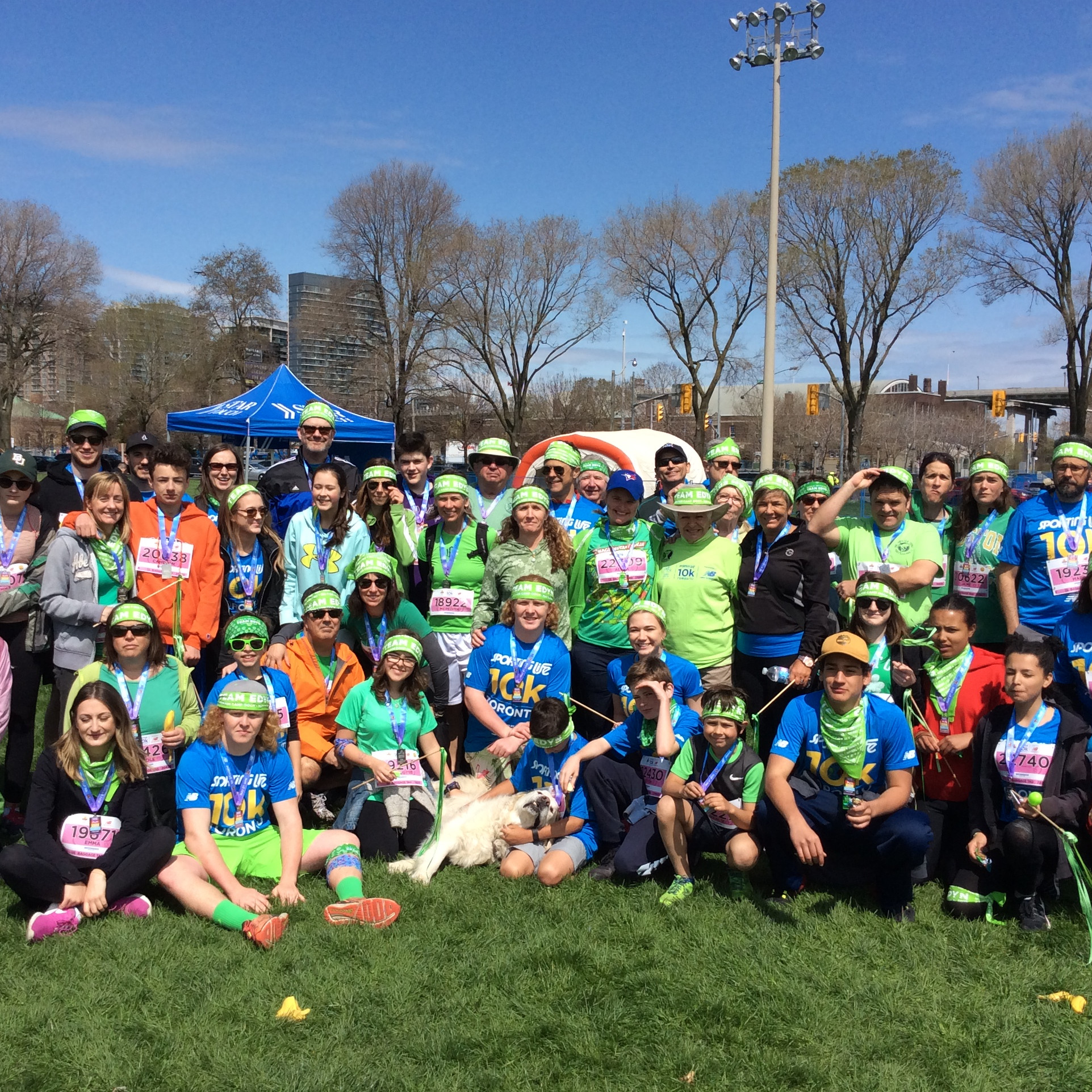 Our journey and connection with Camp Oochigeas essentially began on December 4, 2013, the day Edyn was diagnosed with a tumour. I still feel that same disbelief and sadness remembering that time. Over the next few weeks, as we began to realize the changes that our lives were about to take, the plans that we took for granted were suddenly impossible to make. Camp was one of the first things Edyn asked about. She was devastated that she wouldn't be able to go. I became almost desperate to find a way. I began to investigate scenarios to figure it out for her. Camp was the highlight of her summer, where Edyn could do all of the things she loved to do with her peers. Her love for the outdoors, living beside a lake and meeting new friends were the things that drew her to camp in the first place.

Then a friend told me about Ooch. I knew of Camp Ooch but didn't even connect the dots. Looking back, I'm sure I was struggling to accept that Edyn had cancer. Once we connected with the Ooch staff, Edyn had regular communications with them by email and was visited by the Ooch team on the few occasions she was at Sick Kids in Toronto. Talk about excitement. As July grew near, amidst the visits with family in Ontario, backcountry lodging in Yoho and a Mom and Daughter trip to NYC, camp was really the golden ticket.

Ooch did not disappoint. Not only did Edyn participate in almost every activity, but she also became an honorary assistant counsellor. For a few of her campmates, Edyn was their Med Shed partner. She would accompany her mates, even when she didn't need to be there, helping to alleviate their stress while they endured their unpleasant treatments. When reflecting on her experience, Edyn talked excitedly of the morning polar bear swims, high ropes course, campfire performances, crazy costumes, awesome camp food, and that she basically wore her red and black checked onesie the entire time!

Months later the counsellors at Ooch sent us a package with letters for Edyn. They told us about how she made the Med Shed a better place, how they were honoured to have spent the time with Edyn and how her positive energy lit the place up. How they would never forget her. Once again, I ask you to consider helping us in our continued support of this amazing camp. Although, for now, the physicality of camp has changed, the spirit, care and programming continue.

When I say TEAM, you say EDYN

When I say CAMP, you say OOCH

When I say THE, you say GREATEST

A diagnosis of childhood cancer changes life in an instant.

For affected kids and families, it can suddenly feel like everything is about cancer. Camp Ooch offers a hopeful journey, where kids with cancer can just be kids, and families connect with a community of strength and support when they need it the most.

They are much more than a summer camp—they offer the social cure for childhood cancer. Their camp-inspired programs deliver fun, friendship, and community to 1,900 kids and 745 families year-round, all across Ontario. As a response to COVID-19, virtual camp and in-hospital programs continue to reach kids and families living in isolation, wherever they are.

Please consider making a donation to our fundraising efforts—your gift will make a world of difference!

Cancer changes a child’s life. So does camp. And so can you.