Join us for a 5K series like NO OTHER, one that crosses two statelines! The Riverwalk Run Series hosts seasonal cross-state 5Ks four times a year.

Our course takes runners through the charming downtowns of McCaysville, Georgia and its sister city, Copperhill, Tennessee – two cities united by a state line at the heart of historic Copper Basin. Covering 3.1 miles, participants will not only cross from Georgia into Tennessee and back into Georgia, but they will also run through our iconic steel bridge, with one amazing story!

The Riverwalk Run Series was created by the McCaysville Business Association, a non-profit organization, to further the goal of fostering economic, cultural and social growth within the community. Drive up for the day or stay the weekend with family and friends in nearby Blue Ridge or lease one of the many area cabins of Copper Basin for an unforgettable getaway weekend.

Food, drinks, and music can be found before and after the race on the regions largest river deck of Riverwalk Shops, located just across the street from the starting line.

Parking is both free and plentiful by the McCaysville City Park and surrounding area side streets. See y'all soon!

Parking - Located across from the McCaysville City Park, additional spots can also be found on city streets of both McCaysville, GA & Copperhill, TN

Virtual Runners are required to make a minimum $5 donation to offset delivery fees of their shirt and medal. Your contribution is truly appreciated by the nonprofit McCaysville Business Association! 🥰 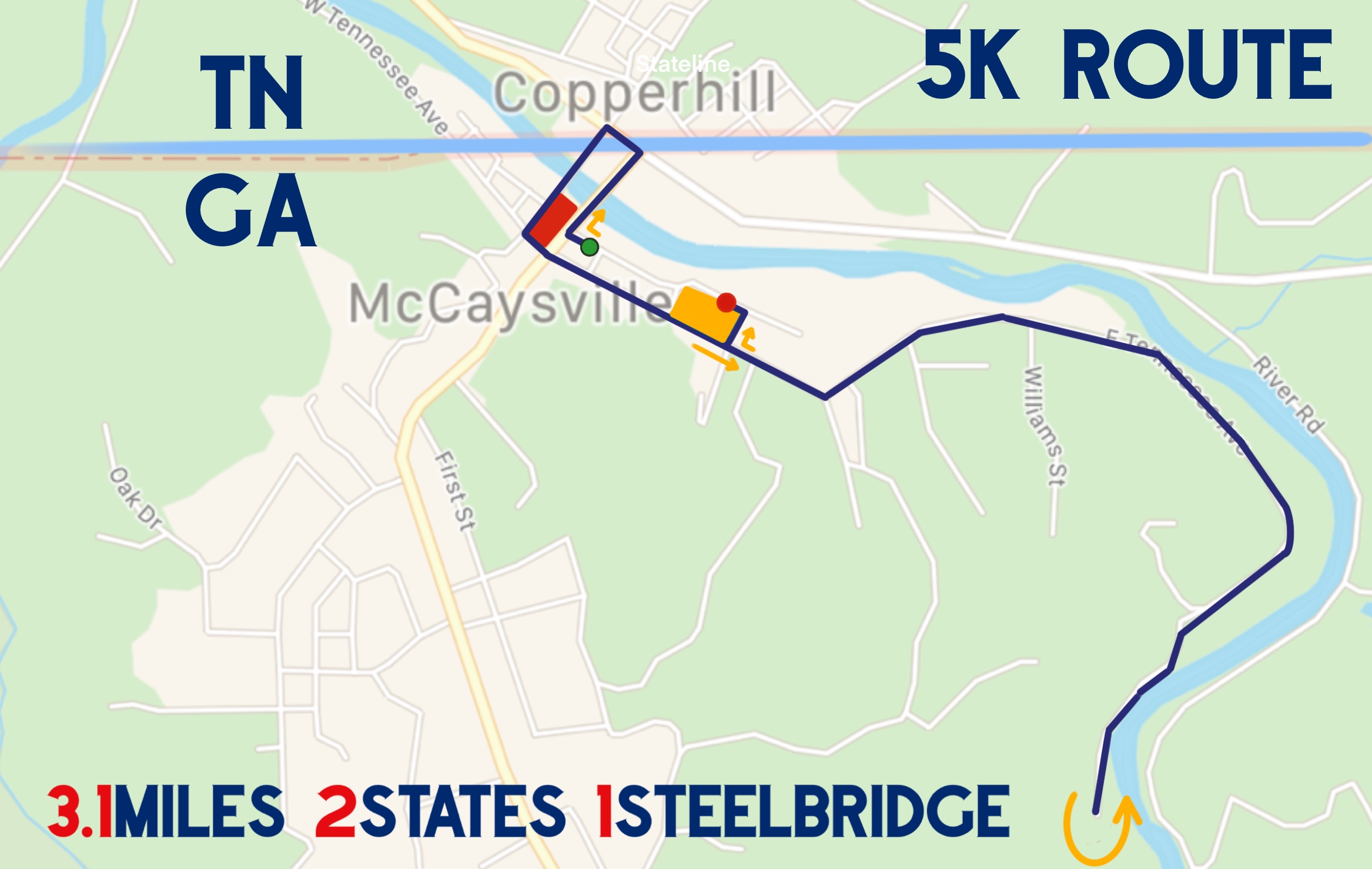