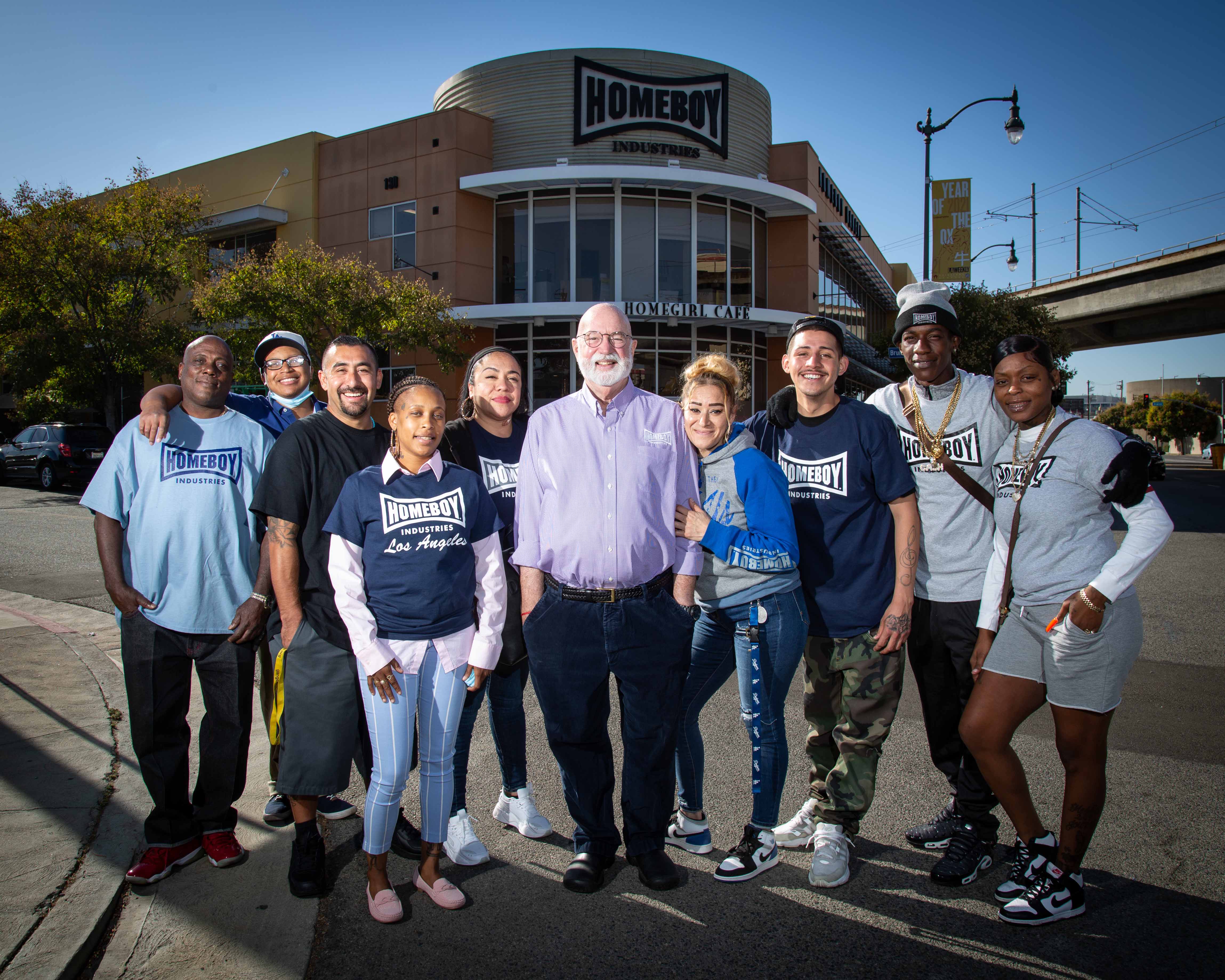 Homeboy Industries is the largest gang rehabilitation and reentry program in the world. For over 30 years, we have stood as a beacon of hope in Los Angeles to provide training and support to formerly gang-involved and previously incarcerated people, allowing them to redirect their lives and become contributing members of our community.

Each year, thousands of people walk through our doors seeking to transform their lives. Whether through joining our 18-month employment and reentry program or seeking services, our clients are embraced by a community of kinship. Homeboy Industries offers a variety of free wraparound services such as tattoo removal, mental health support or substance abuse resources to facilitate healing and growth, serving over 8,000 members of the immediate Los Angeles community annually.

When Homeboy Industries’ founder, Gregory Boyle became pastor of Dolores Mission Church in Boyle Heights, then the poorest Catholic parish in Los Angeles. The parish serves an area that included Aliso Village and Pico Gardens, the largest public housing projects west of the Mississippi at the time as well as the highest concentration of gang violence in Los Angeles. Fr. Greg recognized gang violence as "the language of the despondent and traumatized."

Fr. Greg started Homeboy Industries in 1988 as a way of improving the lives of former gang members in East Los Angeles has evolved into the largest gang intervention, rehab and reentry program in the world. At the time, law enforcement tactics of suppression and criminal justice policies of mass incarceration were the prevailing means to deal with gang violence. But where others only saw criminals, Father Greg saw people in need of healing.

We work with those who have been left behind without hope. Their healing and reentry are often not achieved in a straight line—it can take years, with detours along the way. But our impact is evident in each life transformed, and as those lives impact their families and communities, we’re creating a positive ripple effect not only around the city of Los Angeles, but in communities around the world.