Thanks for a great event! Registration for 2015 is available here.

Join us for the 37th Annual Waterloo Classic!

The Waterloo 10KM Classic has been a staple on the Waterloo Region sports scene for almost four decades. Whether you are looking for a personal best, or looking to spend some quality time with your family, this is the race for you.

All races start on the track at Universtiy Stadium, and all finishers of any race receive a finisher's medal. Post-race, there is entertainment, food, and prizes!

In 2014, this race is the second leg of the 2014 Battle of Waterloo. For more information, click here.

Challenge yourself to a 3km, 5km or 10km this Father's Day!

This event is a fundraiser for the Heartwood Place. Through individual pledges and participation, and through the support of many generous coprorate sponsors, The Classic has been and will continue to be a successful annual fund raising event the Heartwood Place. It is our objective to put on a fun, safe, and healthy athletic event for the citizens of Waterloo Region and beyond, while maintaining a community responsibility to local charitable organizations and their causes. Just click the "Donate" link to the left to get started!

With your entry you will help us reach our objective.

FOR RUNNERS, JOGGERS, WALKERS & FAMILIES OF ALL AGES & ABILITIES!

All entries are non-refundable, non-transferable, and non-deferrable.

After these dates, entries will only be accepted at Kit & Chip Pickup. All entry fees increase by $5 after pre-registration.

Registrations will be accepted at these times and locations.

INDIVIDUAL CATEGORIES (one only per participant) 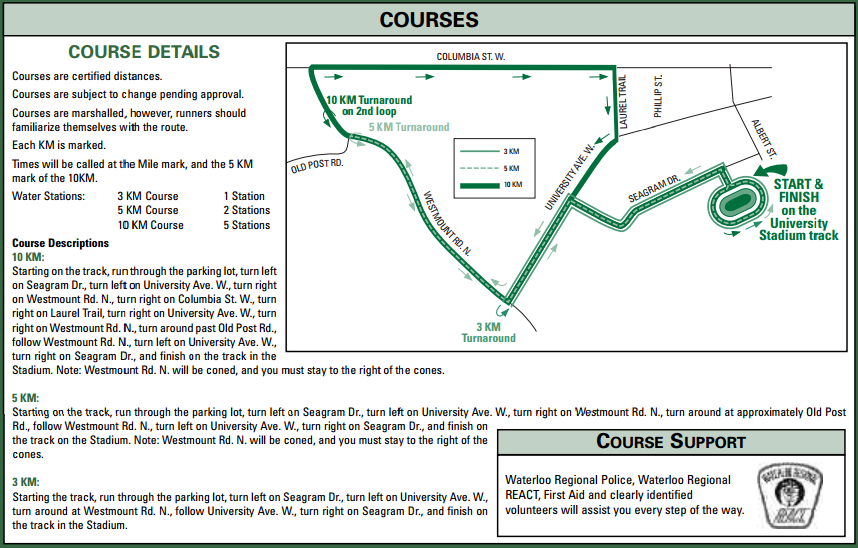 Following your run, enjoy a BBQ, fresh fruit, bagels and Gatorade - all free with your entry.

Plus hundreds of dollars of merchandise, and everyone is eligible! Winners must be present to collect their prizes.

Receive a finisher's medal at the finish line!

All unclaimed medals will be available for pickup at Runners' Choice on Monday June 23, 2014.

ALL EVENTS - medals to:

Top 3 Male and Female finishers in each age and weight category, and

Prize money ($100) will be awarded to the top Open team in any timed event in which there are at least 5 eligible teams in the official results.

Computerized timing and race results by Chiptime Results. Results will be available race day, and after the race at the Runners’ Choice store and on these websites:

The sponsors recognized on this entry form have generously contributed financial support, products and/or services to The Waterloo Classic Road Races and we encourage your ongoing support of these generous companies and organizations. 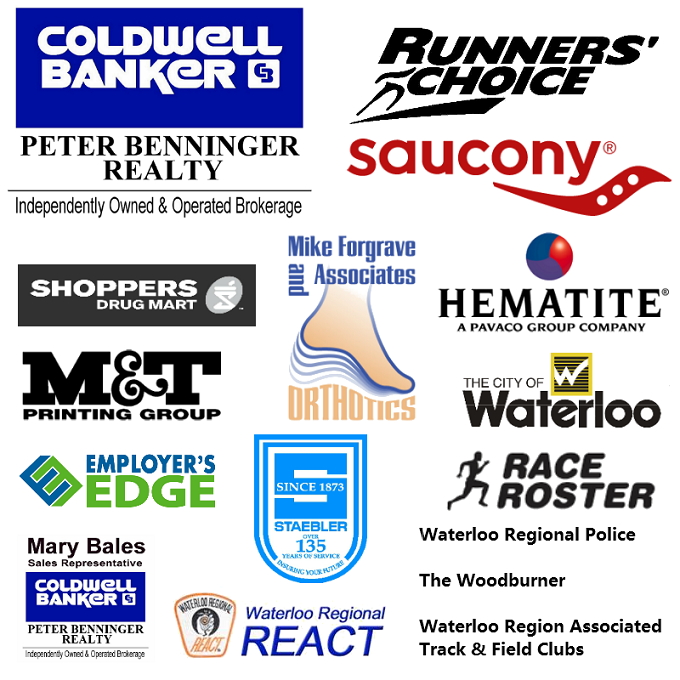 The Waterloo Classic 10 KM Road Race is the oldest continuing race of it's kind in Waterloo Region.

Its long and storied history is one of sporting and community tradition since the inaugural event in 1978. It has been held at University Stadium (formerly Seagram Stadium) every year except for 2007, when it was displaced by turf installation. We are currently sifting through the boxes of newspaper clippings and black & white photos to share these stories; for example, did you know that once in the early 1990s, it snowed?

Rich Hughson won the inaugural running in a time of 31:39. Through various course changes, the event record today is 29:46 by Paul Lockhart in 1985 (which beat his brother Greg Lockhart's 1981 record by ONE second!) Jackie Mota holds the female record at 33:47 in 1997. Overall, we have seen 5 sub-30 times throughout the years, and with 5, Clive Hamilton holds the record for most victories.

One of our favourite stories comes from 1988, when two runners who would represent Canada in Seoul later that fall ran the Classic. Doug Consiglio (Canadian 1500m champion) and Peter Maher (Canadian marathoner) competed in the 10 KM. Of the two Olympians, who would come out with the win?