*Prices will increase to the next price point based on the dates below OR every 100 registrants at each price point-whatever comes first!*

If our race date or location doesn't jive with your schedule, you are welcome to run the 5K anytime in November; track in on the app "Pursuit" and we will gladly send you your finisher t-shirt.

If you would like to purchase a finisher shirt for your child, this is your opportunity. This is a short and speedy dash from the mill to the top of the hill! Kids are put in heats based on age to ensure safety. All kids will receive a special finisher prize and a bib!

Choose this option if you are in highschool and/OR you are joining/creating a highschool team! If you're joining a pre-created team, choose YES when prompted to join a team and select your desired team from the dropdown menu.

Arva Flour Mills, in Arva, Ontario, on the banks of the Medway Creek, is Canada's oldest continuously operating water powered flour mill and perhaps the oldest in North America.

A visit to the mill, first established in 1819, will reveal grinders, belt- driven from beneath the floor, with wooden shutes extending up between the rafters. Built with barter and a little cash on what was then Martins Creek, Canada did not exist and Arva, then called St John at the time, was just a small gathering of settlers in the British colony of Upper Canada. 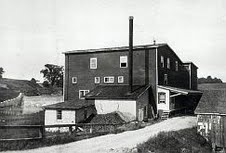 In 1869, Jacob Hawkins bought St Johns Mill for $5075 . He was born in Devon, England and he apprenticed with his father, George Hawkins.

When cash flow was limited, items were bartered for flour until the early 1880's. Records reveal Hawkins accepted payment in the form of turnips, shoes and boots. Workers were paid $1.50 per day.

Around 1912, the millstones were replaced with an updated roller system. In 1919, Hawkins appealed to the Township Municipal Hydro System for electrical service.

The same year, Hawkins sold the mill and moved to nearby London, with his daughter Minnie. A partnership between the new owners, H. Templeton and Clarence Scott, developed when Templeton's daughter, Lila, married Clarence. Both families moved into the small brick mill house on the property in 1919. 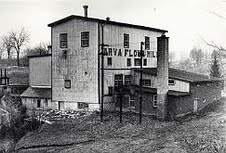 The mill had a capability of producing 30,000 pounds of flour per day in 100 lb bags and its core customer was McCormick's Imperial Cone Division in London. The mill would later survive a blow in 1985, when McCormick contract terminated due to a plant relocation.

Lila's only son, Harold, took sole ownership of the mill in 1967 when his father retired after 48 years. Today the mill continues to thrive by Mike Matthews, the fourth generation of the Scott family.

Today when you visit, the constant whir of the water powered turbines reminds you that this is not just another pretty and obsolete old mill. For the most part, it operates virtually the same way it did in the early part of the previous century, with half the mill still running on water power; the rest on electricity. 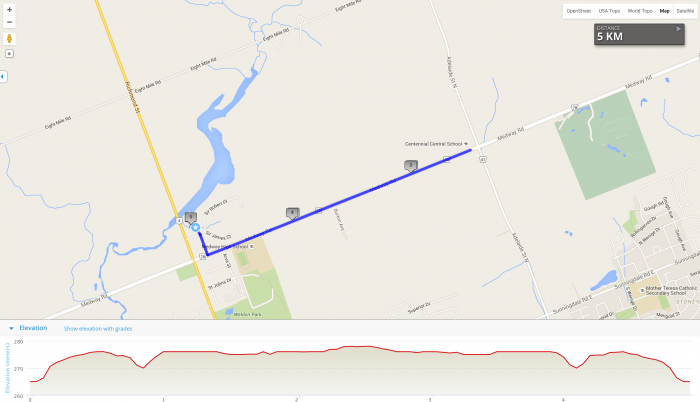