Opportunity International provides access to savings, small business loans, insurance and training to 9.6 million people working their way out of poverty in the developing world. Clients in 22 countries use these financial services to expand businesses, provide for their families, create jobs for their neighbors and build a safety net for the future.

The poor in the developing world work hard. Opportunity International Canada has found that if we provide them with the tools to succeed in their own enterprises, they respond with staggering zeal: we serve 9.4 million microentrepreneurs in 21 countries; they have a 99% loan repayment rate.

It happens because an Opportunity International loan is not just money. It’s an entire system of support, guidance and accountability.  Because microfinance revolves around the concept of loans repaid, not hand-outs, it is one of the few remedies for poverty that can be self-sustaining.

BUT THIS IS ONLY THE FIRST STEP.

We have found that our clients are not only looking for loans, they also want a safe place to keep their money and protection against risk. They want to be able to plan for the future and ensure that they can reach their goals.

We responded to our clients by developing savings accounts and microinsurance.

These unique offerings, coupled with loans, provide a full suite of financial services to millions of people working their way out of poverty.

Twenty years ago, when Opportunity International Canada began work in Nicaragua and since then much has been accomplished. According to the World Bank, poverty levels In Nicaragua have dropped from 29.6% to 24.9% of the population in just a few years.

In the last 20 years, Opportunity has helped some 383,292 Nicaraguans move out of poverty. Starting their own small enterprises, supported by loans and training, they have grown their profits, buoyed their local economies, improved their household health and sent their children to school.

However, in April 2018, old unrests exploded into new life when Nicaragua’s 72 year old President Daniel Ortega, announced a cutback to social security benefits and an increase in taxes. Immediately hundreds of thousands took to the streets in protest, the incident tapping into broad disgruntlement with Ortega and his wife – also his Vice President. As is often the case, the protests sparked violence, involving police, military and para-military, with no clear end yet in sight.

We know that doing microfinance is not for the faint of heart. It’s not cheap. It’s not easy. It’s not fast. And it is risky. But on the other hand, it’s the only type of charity that runs on a business model and can help a whole nation recover after hard times by kick-starting local economies. 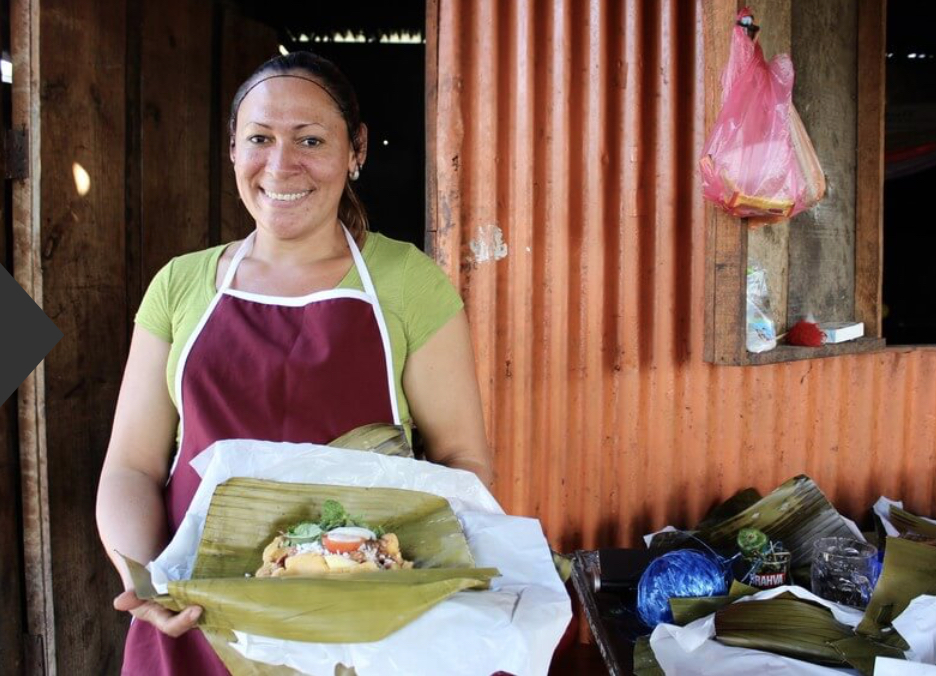 Nacatamales Chelita is a true family business. Ingrid works alongside her husband and their four children to produce 1,000 nacatamales – a famous Nicaraguan food – each weekend. But business was not always so big and successful. For years, Ingrid and her family could barely make ends meet.

Up until six years ago, Ingrid and her family lived in a crowded home with her mother-in-law; Ingrid and her husband worked in a sweatshop trying to earn enough to support their family and feed their children. As their kids grew, it became clear that someone needed to stay home and raise them, so Ingrid left the factory and learned to make nacatamales from her mother-in-law. Her mother-in-law also extended a high-interest loan to Ingrid to help her start her business, but it was expensive capital and Ingrid struggled to pay it back.

Despite her financial instability, the business itself was popular. Her neighbours loved her nacatamales and began frequenting her shop each weekend. After about a year, she decided that she had to find a new place to access working capital and a friend told her about Opportunity International. At first, Ingrid was hesitant. She had never stepped foot into a bank and didn’t trust the institution to provide her with a fair loan. But she connected with a Trust Group and a local loan officer explained to her how the group and the loan worked – and soon Ingrid became an Opportunity client. 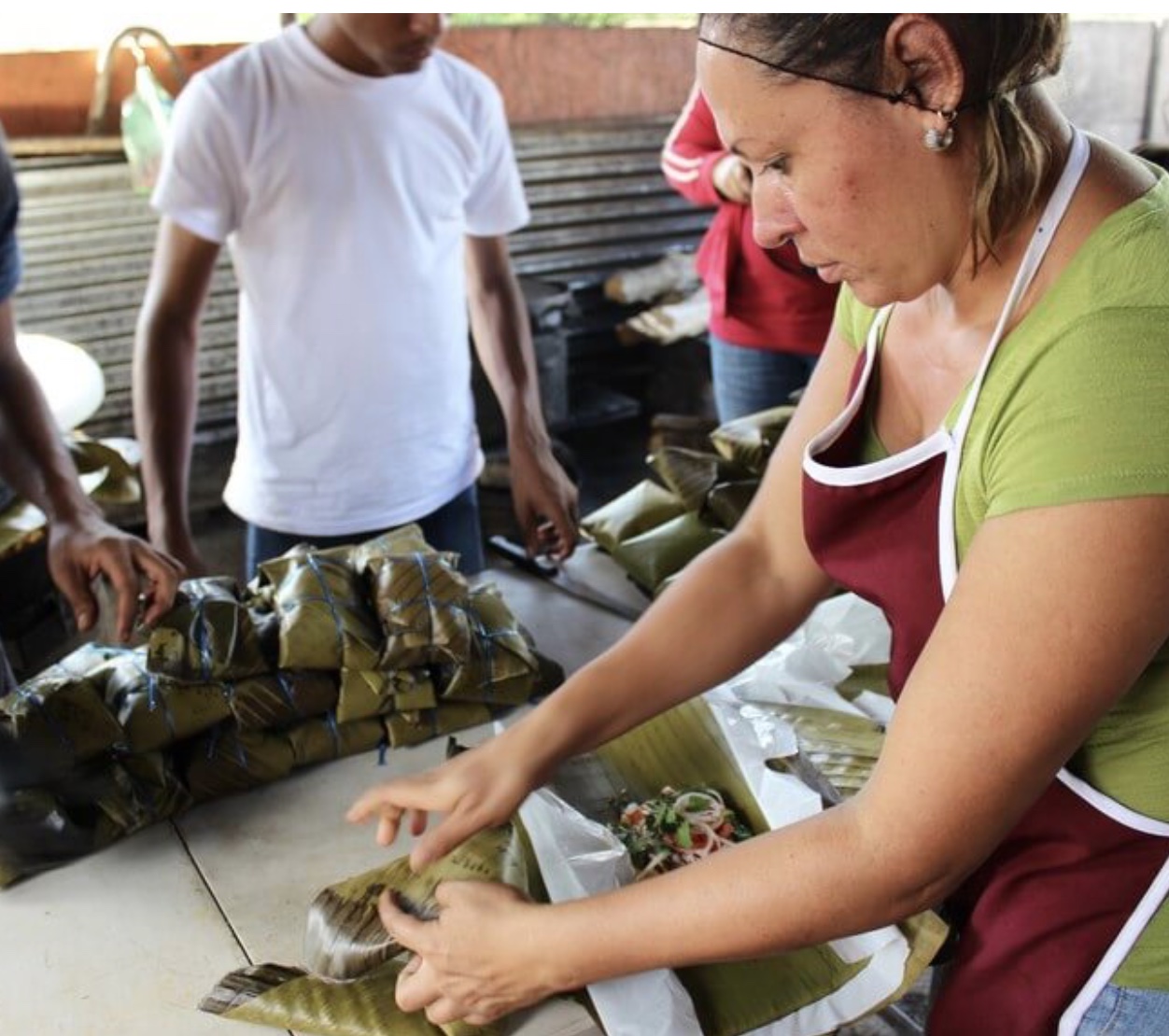 She used her first loan to purchase a big pot so that she could cook more cornmeal at a time. With the ability to produce more, she quickly began attracting new customers and increasing her sales. With her next loan, she purchased chairs and tables so that her customers would have a place to sit and enjoy their food. Soon, the business was so successful that her husband was able to leave the sweatshop and start working at the family business, too.
It seemed as though each time a new Opportunity loan cycle began, Ingrid’s business had grown enough to make another investment or purchase. She learned to butcher meat herself to save money on inputs, so she used loans to buy pigs that she raised. She used the extra meat to make other dishes and purchased a refrigerator so that she could keep and sell the meat itself.

For Ingrid, the true indicator of transformation was the moment she was able to buy things for herself. For years, she had lived with her in-laws without any possessions of her own. When she saved enough to purchase a small TV for her own family, she felt so proud. And when she could buy beds for her children, it was an amazing accomplishment.

She began making structural changes too – first building a new room for her family on the back of her in-laws’ property, and then building a roof over the space where she cooked and prepared food.

Best of all, because of her business’s success, all of her kids – a son and three daughters ages 16, 13, 9, and 7 – were able to go to private school. Her oldest son wants to be a systems engineer and starts college in the fall. And her oldest daughter wants to be a doctor. Ingrid has seen such progress in her children because of their educations, but she sometimes wishes they could just be kids. She knows that because she runs an all-hands-on-deck enterprise, the kids spend their weekends helping out at the shop instead of playing or having family time. Ingrid’s dream is to be able to take a day off and just hang out with her children.

Because of her partnership with Opportunity, she has learned to save, invest, and develop and grow a business. She no longer feels nervous walking into the bank, but instead feels at home there. And she plans to continue partnering with Opportunity as she works towards her dreams.

Ingrid is now working to own her own house where her family can be independent. In addition, she would like to open a franchise of her store, selling her nacatamales in another location. She already has one employee, but would need two more to accomplish her vision of expansion. She is confident she can achieve her goals, because she says, “My nacatamales are the best!” She has never once had bad sales, and each Saturday and Sunday, she sells out by 10am!

What goes into a batch of nacatamales: 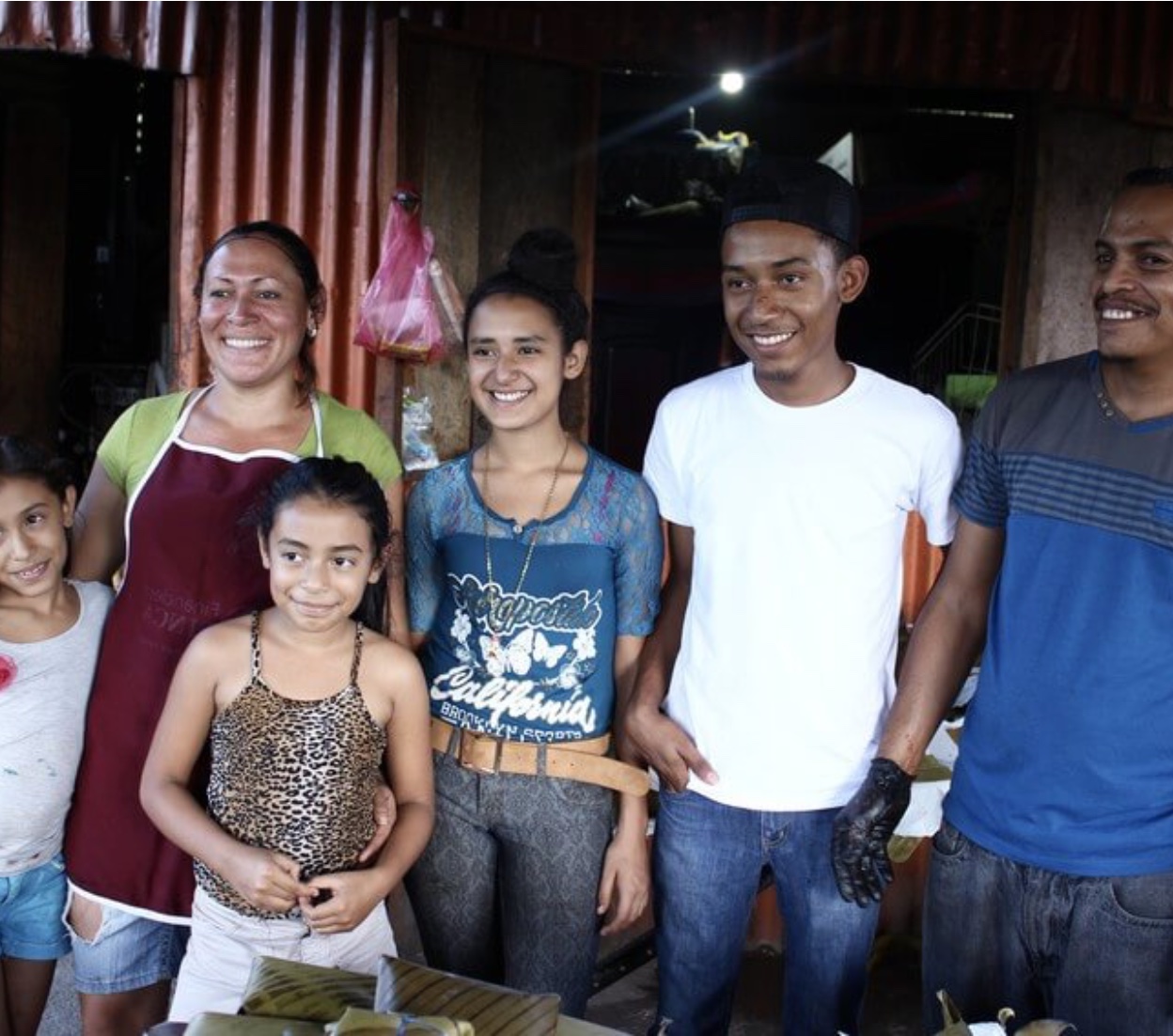 Help us raise 100K in 2019 to support people like Ingrid and her family.

Click on one of our teams below to make a donation.