All proceeds from the Moonlight Run go directly to the Palo Alto Weekly Holiday Fund, which raises money to support non-profits serving families and children in the Palo Alto area.

This year, perhaps more than ever, your registration fees and fundraising efforts will be critical in helping us answer the needs of the ~50 local organizations that request grant money from the Holiday Fund.

The nonprofits use these grants, which generally range from $5,000 to $20,000, to pair low-income students with Stanford mentors, provide grief support to children and adults in their native language, offer legal assistance to struggling East Palo Alto renters, feed local seniors daily healthy meals, and so much more.

Help us say yes to their calls for support. Register or donate today.

View the list of 2019 grants and recipients or read about specific grantees below. 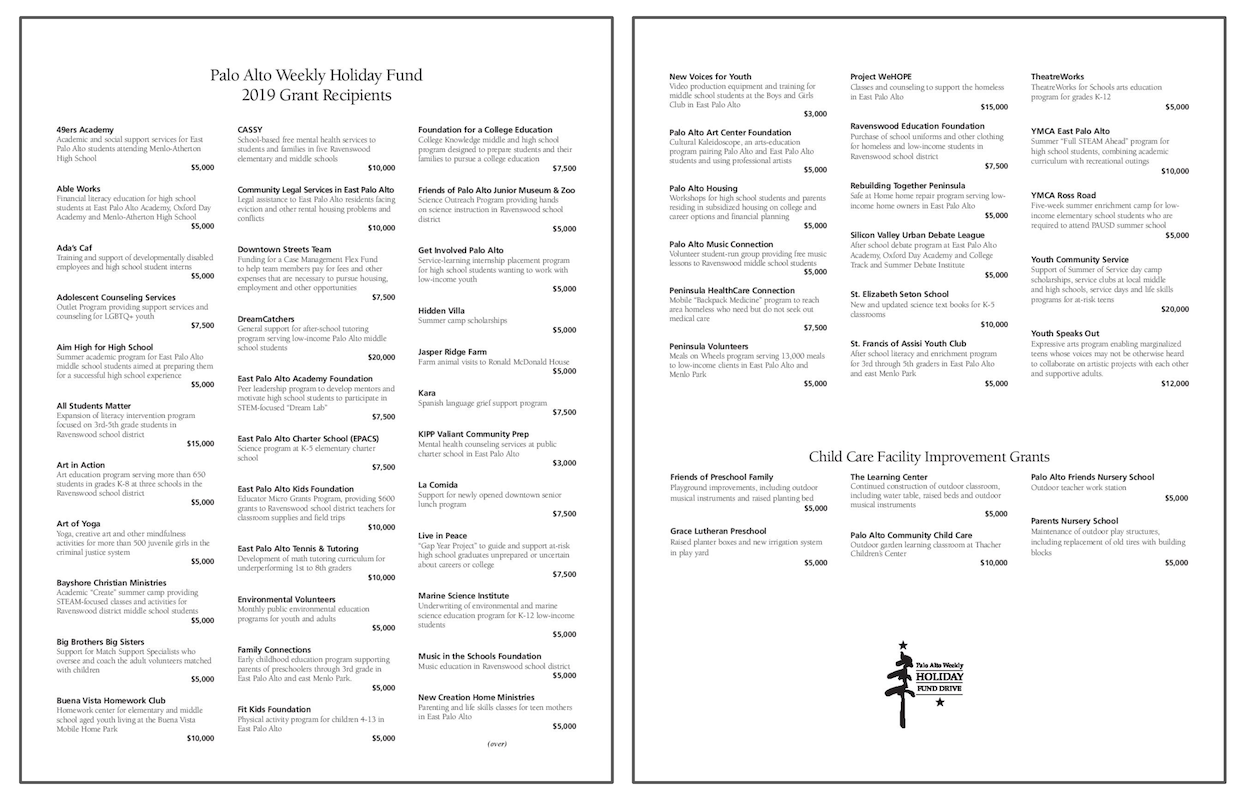 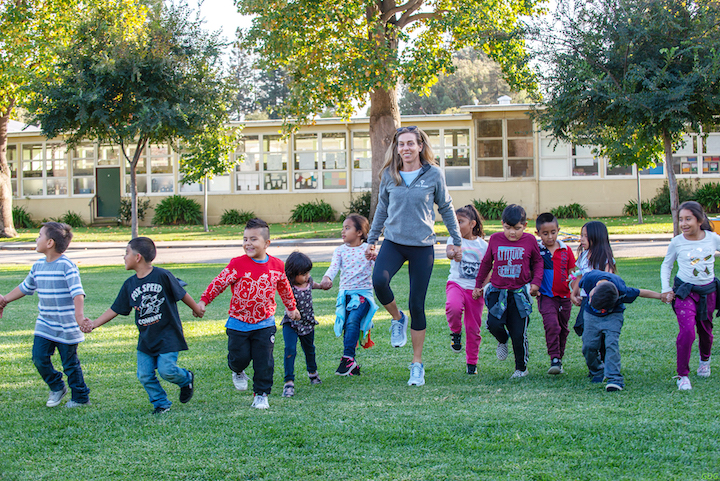 There's a video made for the nonprofit Fit Kids Foundation that warms founder Ashley Hunter's heart. In it, a 7-year-old girl wearing her favorite sequined cat-ears headband is running with a group of children at a playground at Costaño Elementary School in ... [Read More] 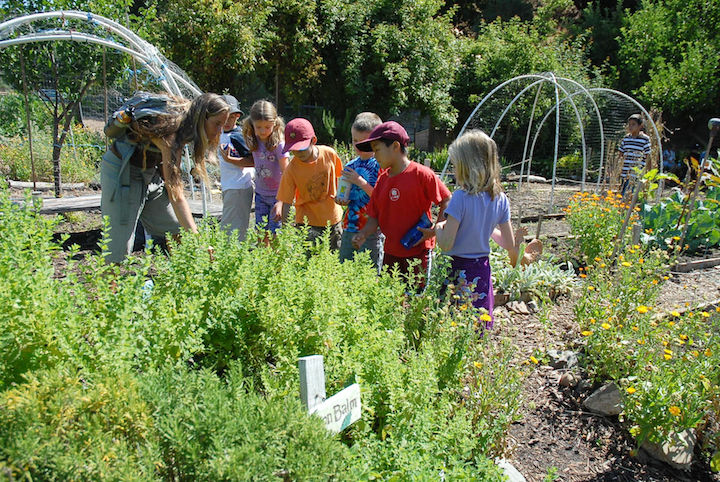 When Beatrice Piceno, 17, was planning her summer, she was immediately attracted to Hidden Villa's Leaders in Training program because she knew it would give her the opportunity to find out if working... [Read More] 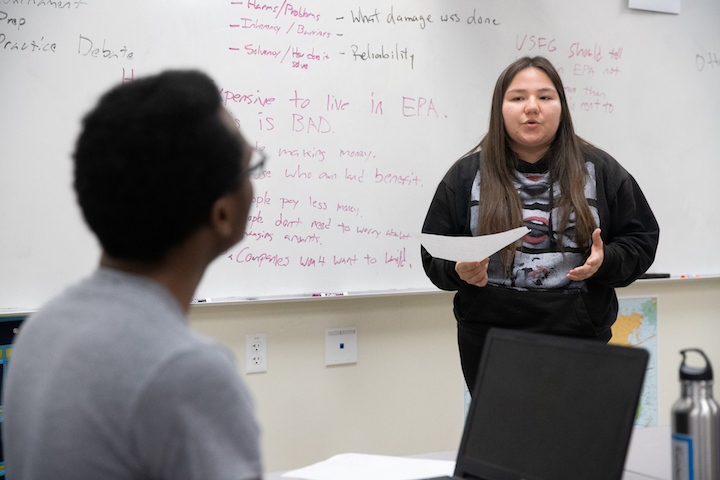 Through the art of debate, students find their voice

Jules Thomas has always been confident in his public speaking skills, but nerves got the best of him when he first entered the world of debate. During his freshman year of high school, he was intimidated... [Read More] 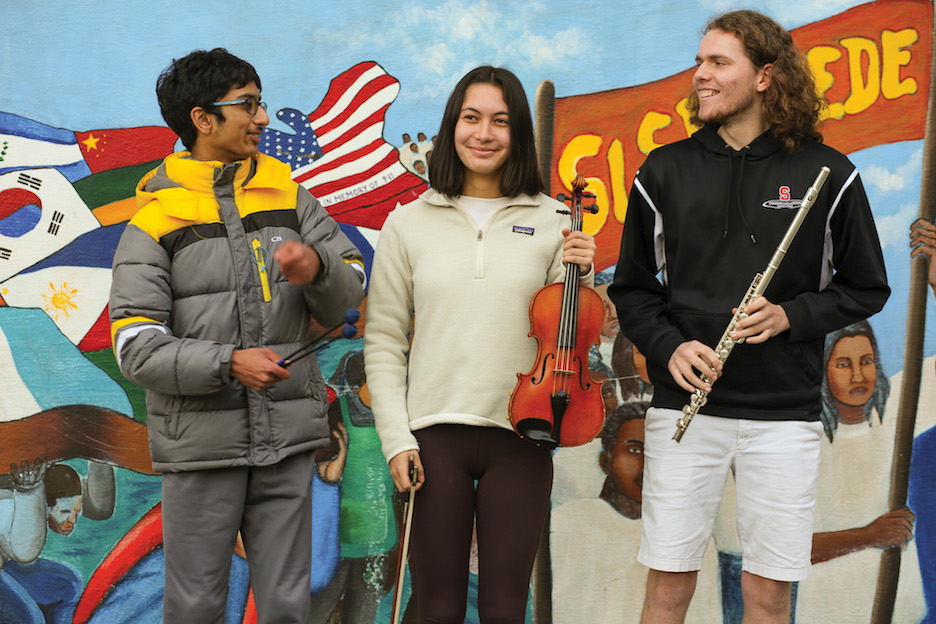 Niki Ebrahimnejad remembers how she and the other student mentors of Palo Alto Music Connection (PAMC) used to pay for basic supplies like reeds and sheet music for their elementary and middle... [Read More] 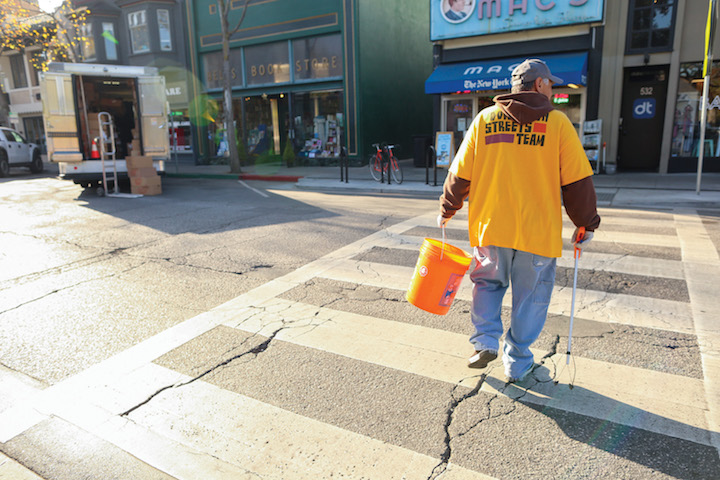 A celebration in the streets

Sporting a yellow T-shirt and armed with a picker and a bucket, Ruben Michael and his four-person team of volunteers gathered at a Palo Alto downtown parking lot on a recent Thursday morning to start... [Read More] 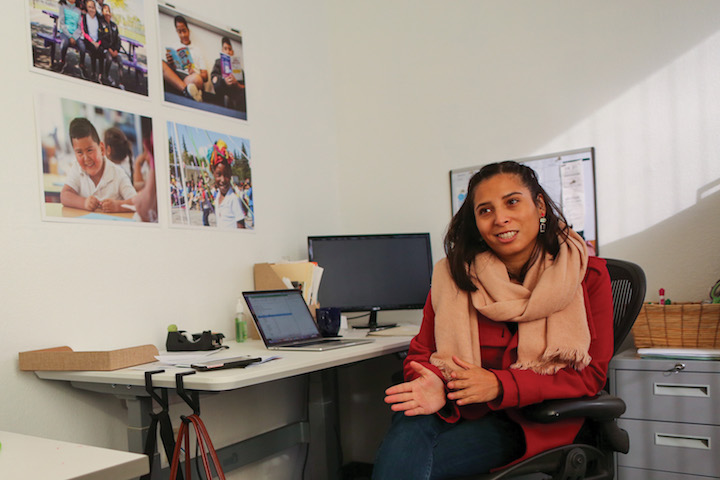 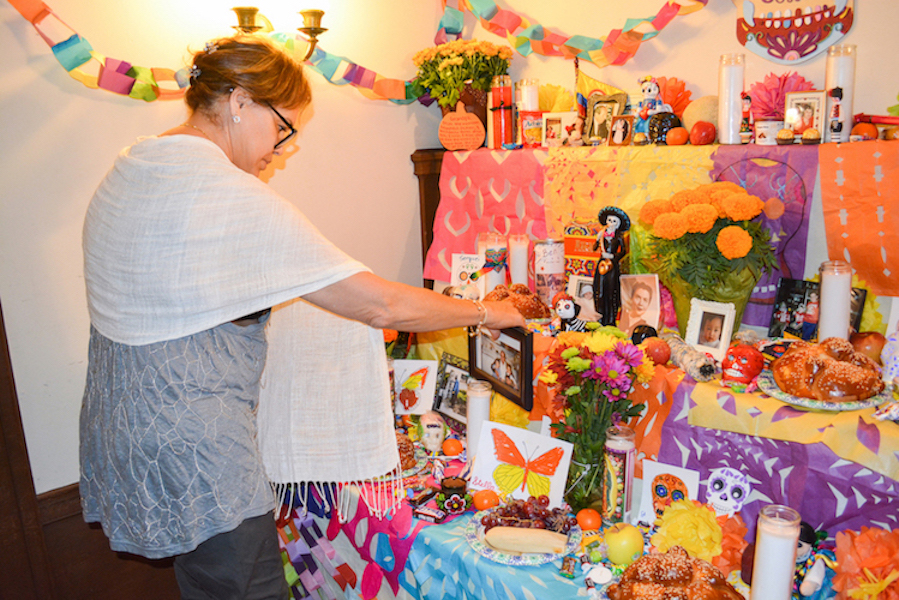 Healing from a loss in native tongues

Being a grief support person can be a heavy undertaking. Just ask Lupe Lujan. As a volunteer for the Palo Alto-based nonprofit Kara, a one-on-one session with a client dealing with the death of a loved... [Read More] 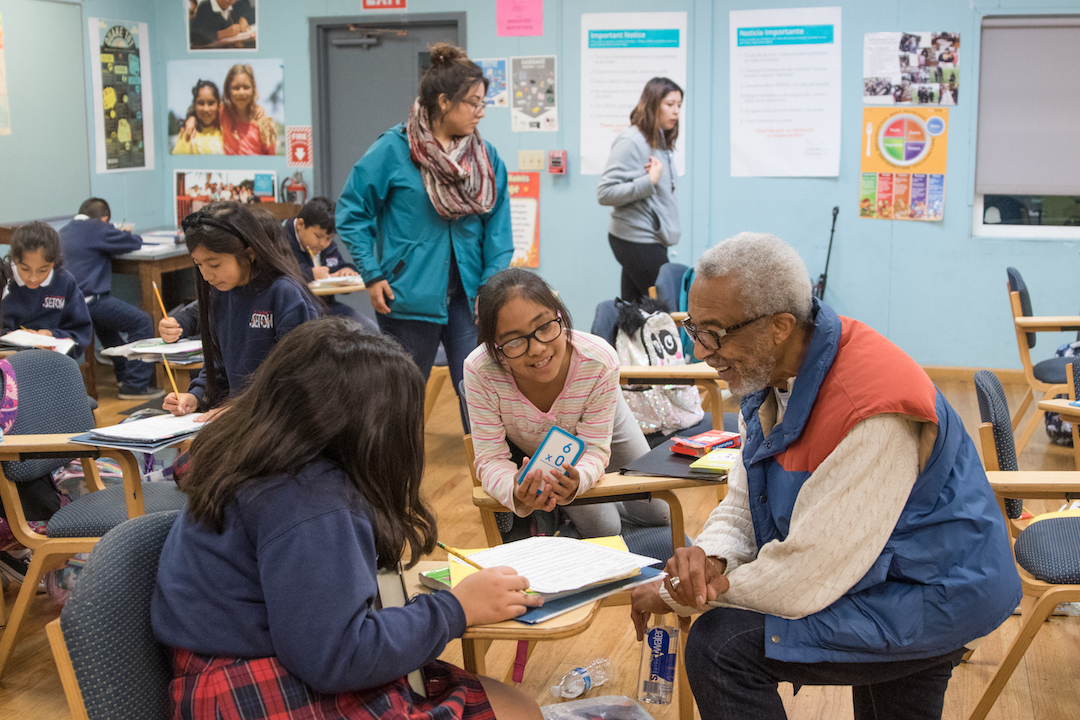 The two portable classrooms behind St. Francis of Assisi Church in East Palo Alto bustled with activity in the days leading up to this week's community Posada festival. Students in the Catholic Charities Youth Club... [Read More] 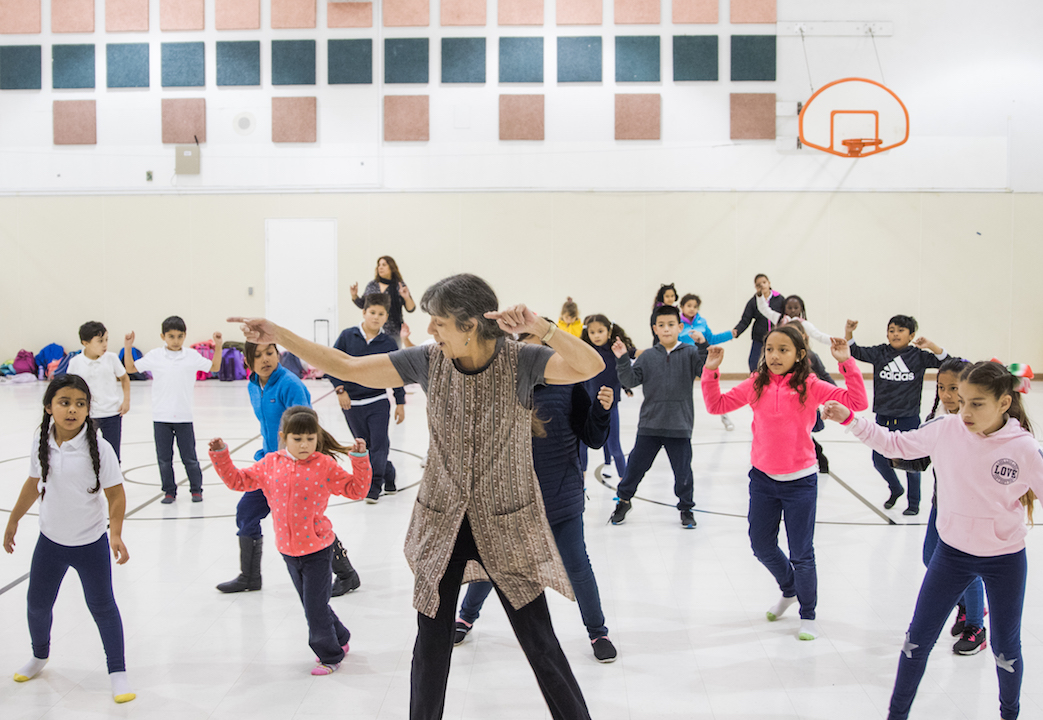 On a drizzly December afternoon, more than 25 children gathered in the cafeteria/gymnasium at Los Robles Magnet Academy in East Palo Alto. With rapt attention they shook their arms, clapped their hands... [Read More] 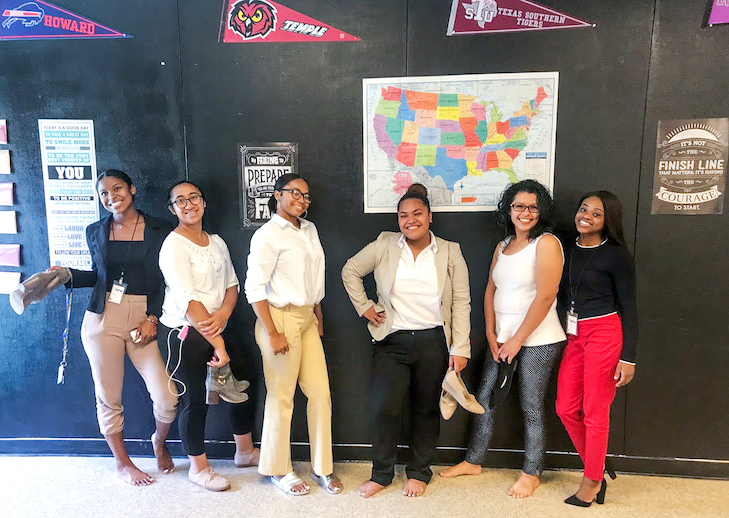 From almost dropouts to career seekers

Ten years ago, Adriana Barajas was not on anyone's list of "most likely to succeed." Then 14 years old, she was hanging around with gang members and bouncing from school to school. "I come from... [Read More] 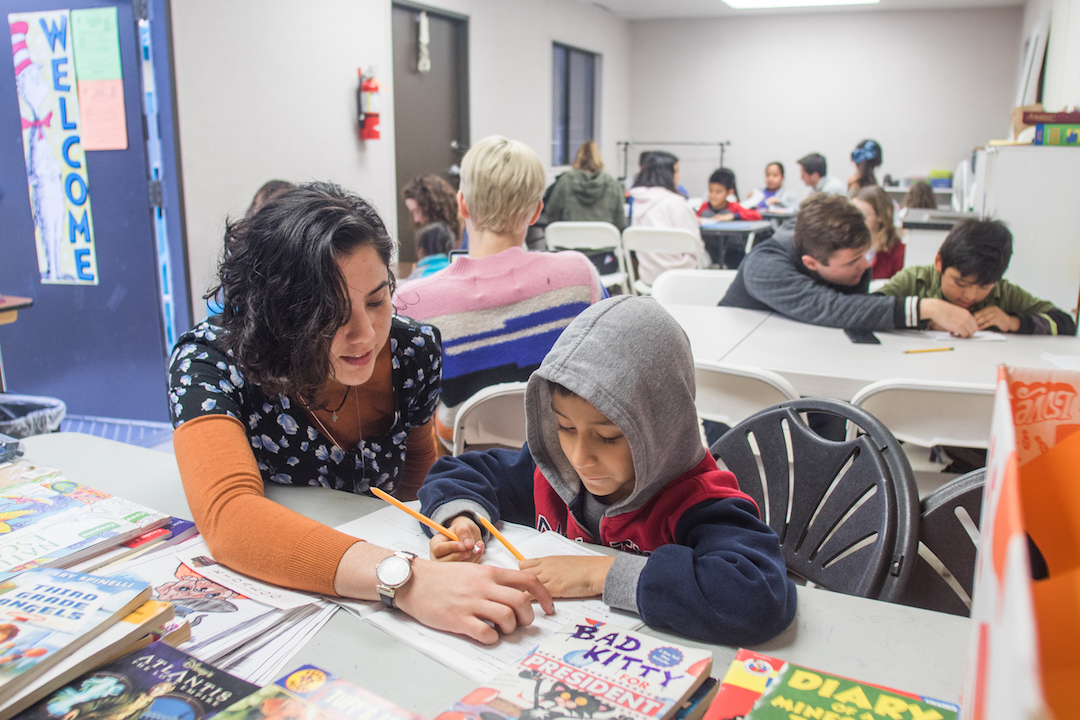 Twice a week after school, a rather mundane trailer in the midst of colorfully decorated mobile homes at Buena Vista Mobile Home Park becomes a lively clubhouse for neighborhood children... [Read More] 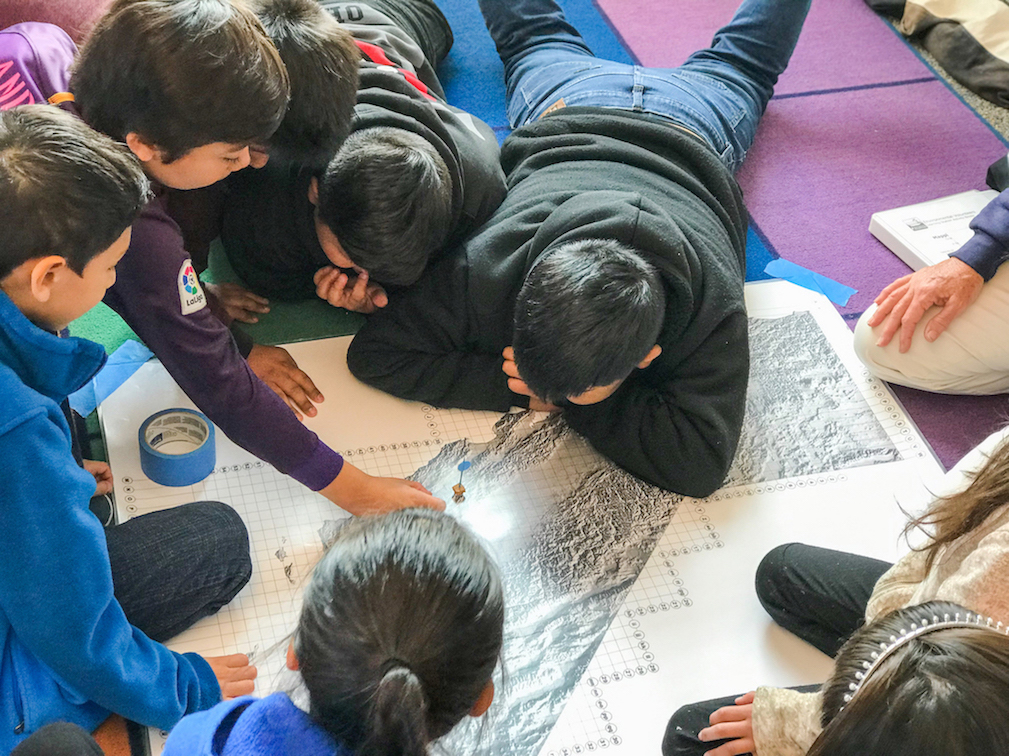 Nurturing the next generation of stewards 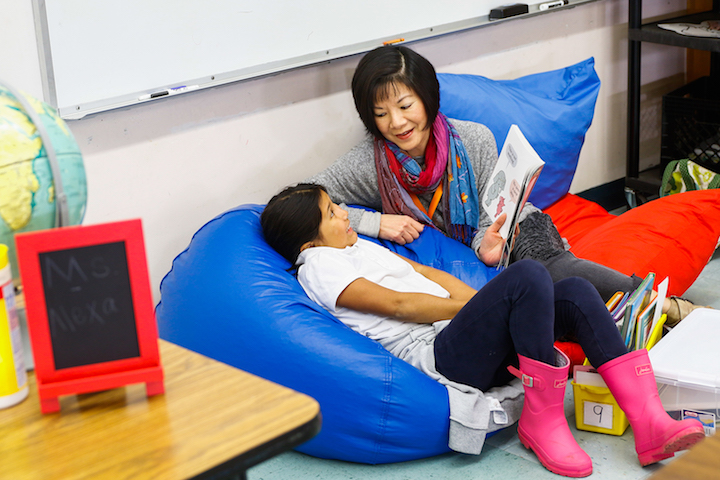 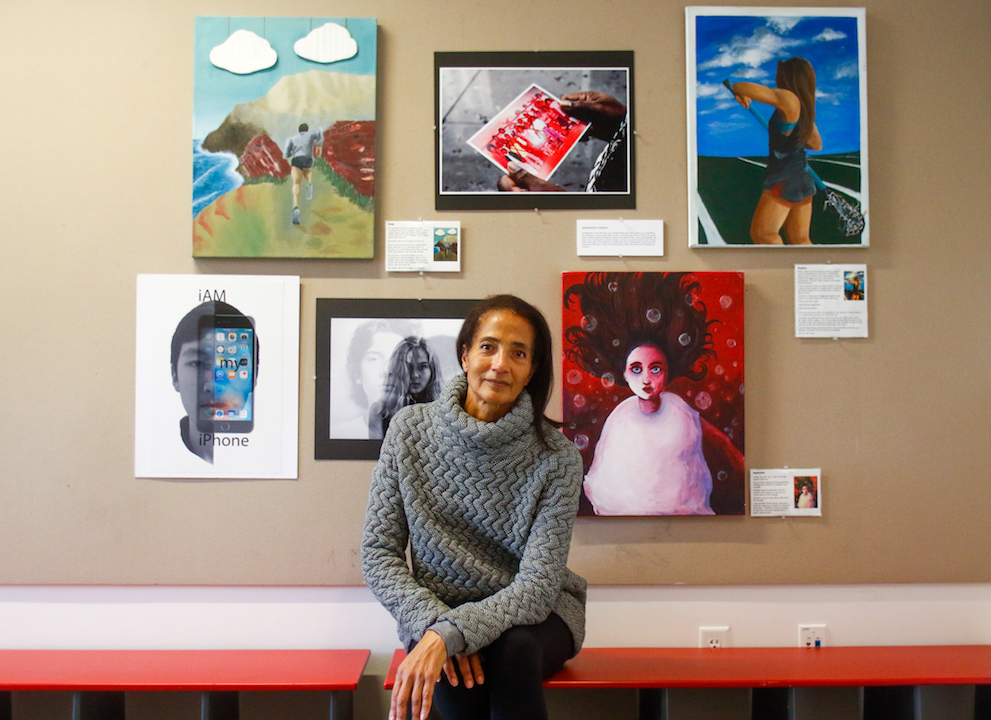 In slam poetry, the hands speak as much as the mouth. As Crystal Trevillion stood in front of a crowd of students and families in Palo Alto Art Center, her hands moved between her head and stomach, at one point beating the air in a curled... [Read More] 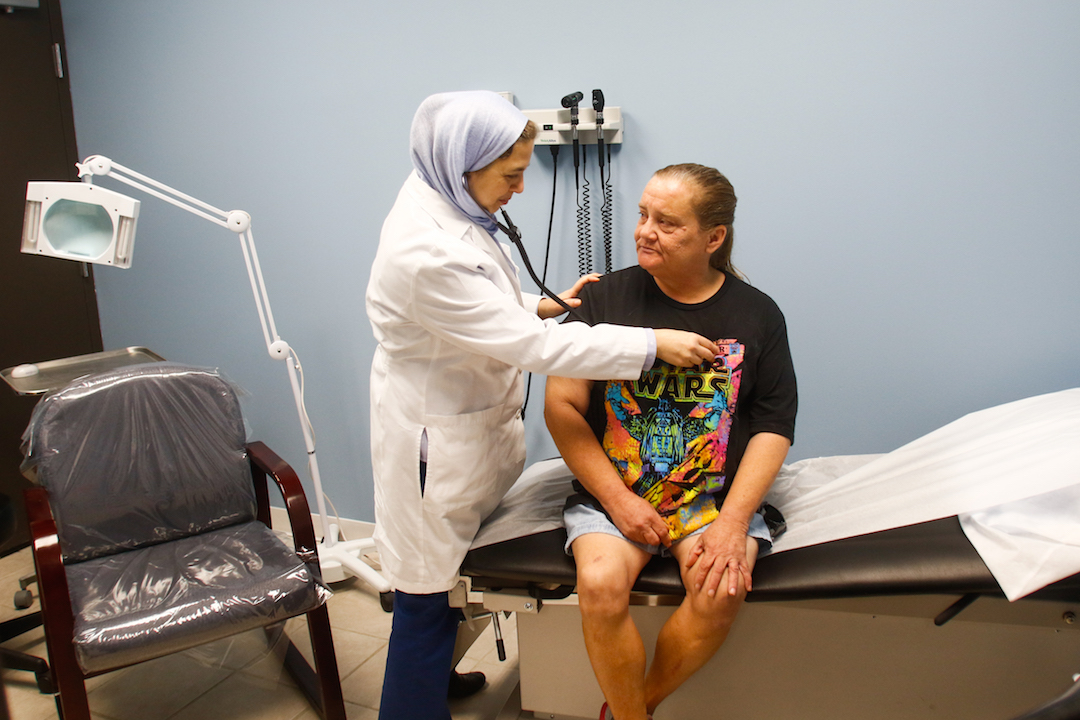 Darlene Berryessa was just 40 years old when her vision began to blur. She had no idea she had high blood pressure, but she was having a stroke. Berryessa, now 54, also had diabetes, but she didn't know that either at the time. She hadn't seen a doctor... [Read More] 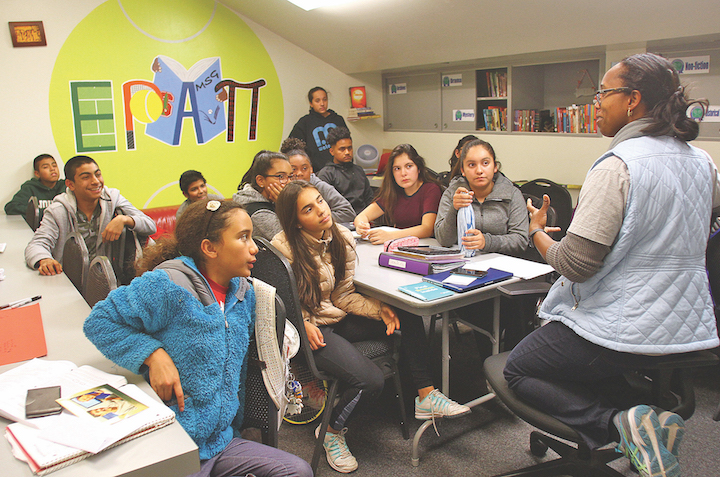 A 'force for good'

In the midst of dozens of donations for $25, $100 or $500 received earlier this month to the Palo Alto Weekly Holiday Fund, one jumped out: an unsolicited and completely unexpected check for $25,000 from a first-time donor. While the Holiday Fund... [Read More] 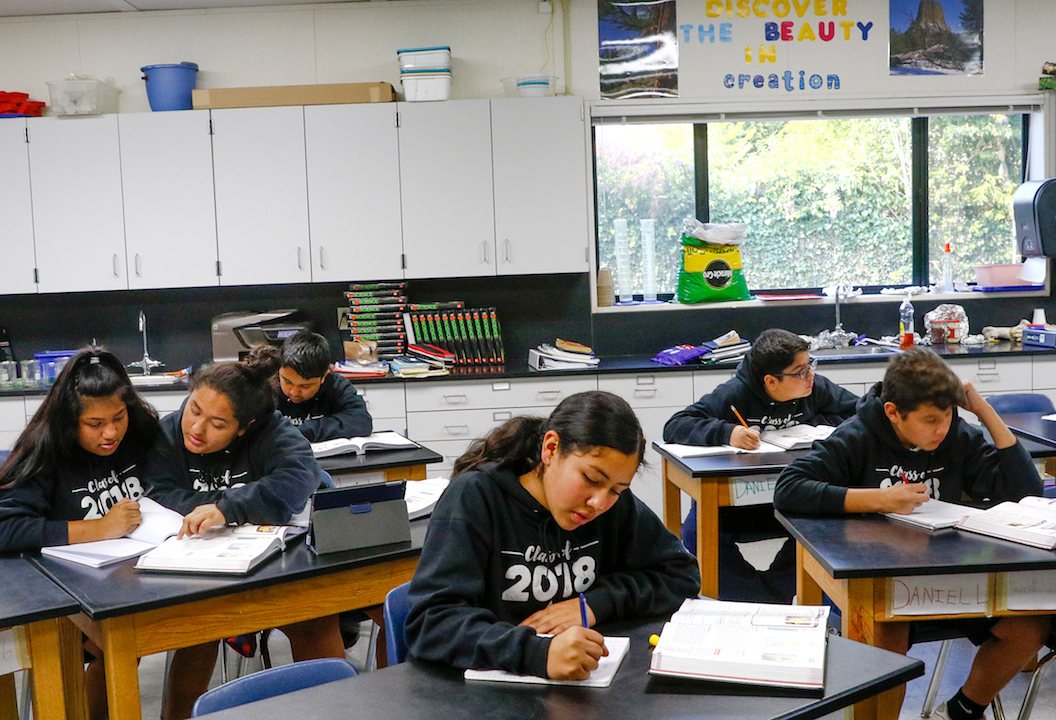 Students given the gift of knowledge

The classroom sat in captivated silence in late November as science teacher Scott Bell explained the day's lesson, lecturing from a pristine textbook. Each of the 27 eighth-grade students at St. Elizabeth Seton School... [Read More] 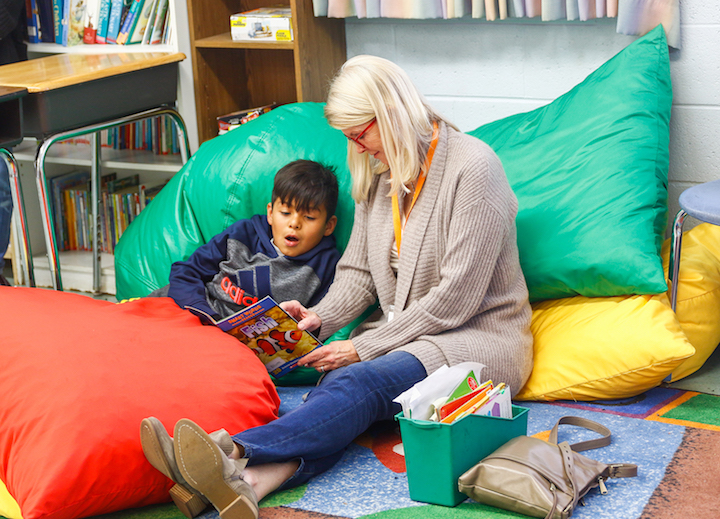 Educating students, one by one

Inside a quiet classroom at Brentwood Academy in East Palo Alto on Monday afternoon, Gyna Monroy reclined on a blue beanbag, carefully reading aloud from a picture book called "There's a Bird on Your Head!"... [Read More] 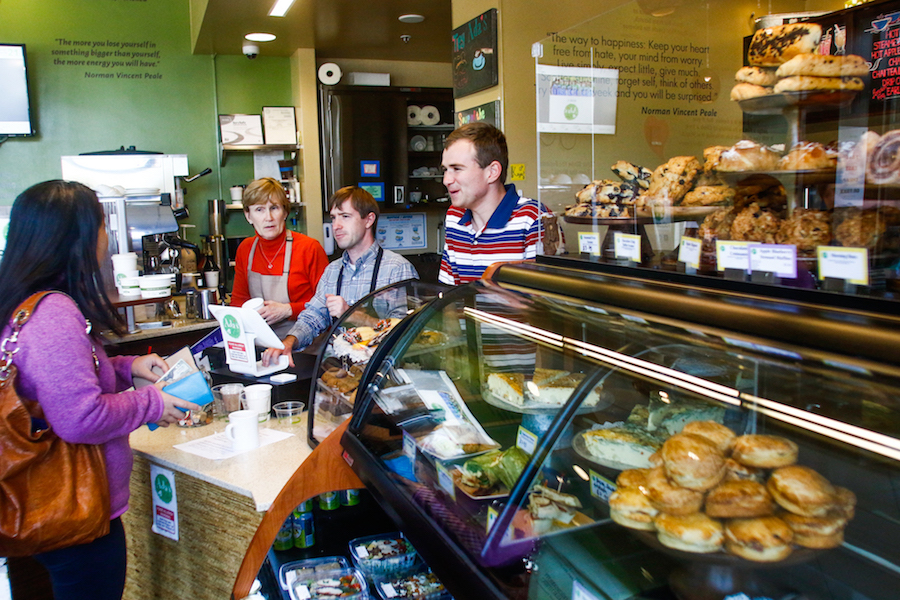 Ada's Café gives people with disabilities a chance to grow

Wodd Cerf never saw himself as a leader, but he's now a manager-in-training at Ada's Café in Palo Alto. He opens up most mornings with card access to the building, one of his many duties since getting promoted... [Read More] 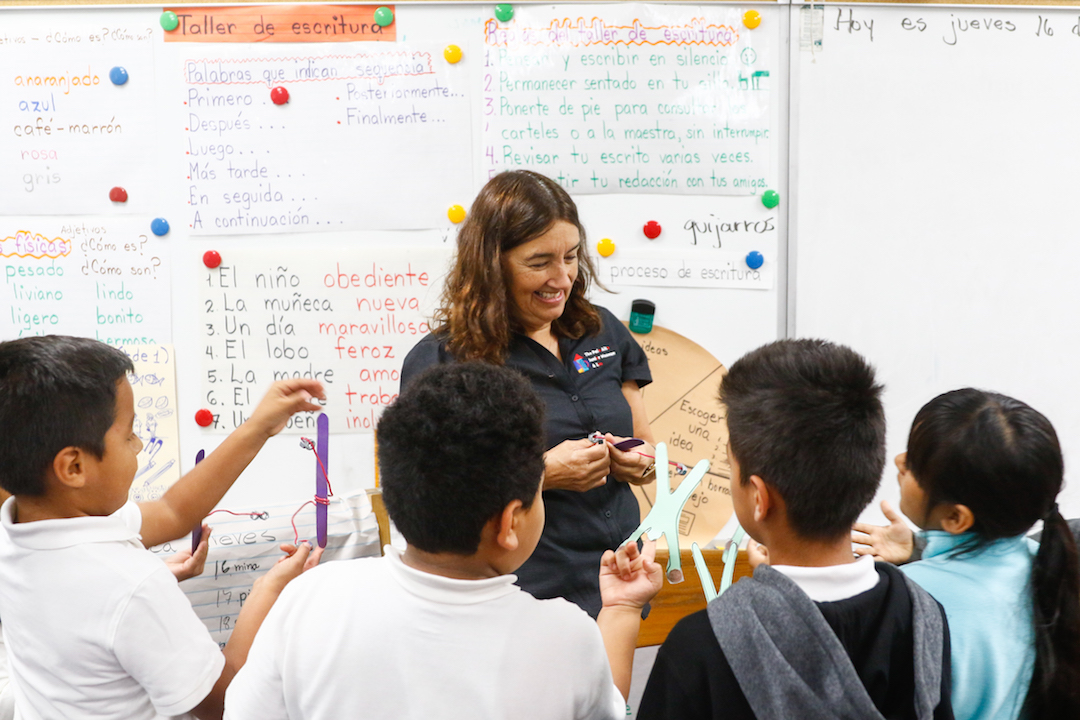 Junior Museum and Zoo brings hands-on science to the classroom

"I did it!" said Brian, a second-grader at the Los Robles Magnet Academy in East Palo Alto, as he balanced on his finger an upside-down paper cutout of a man. He was the first student in Monica Banuelas' ... [Read More] 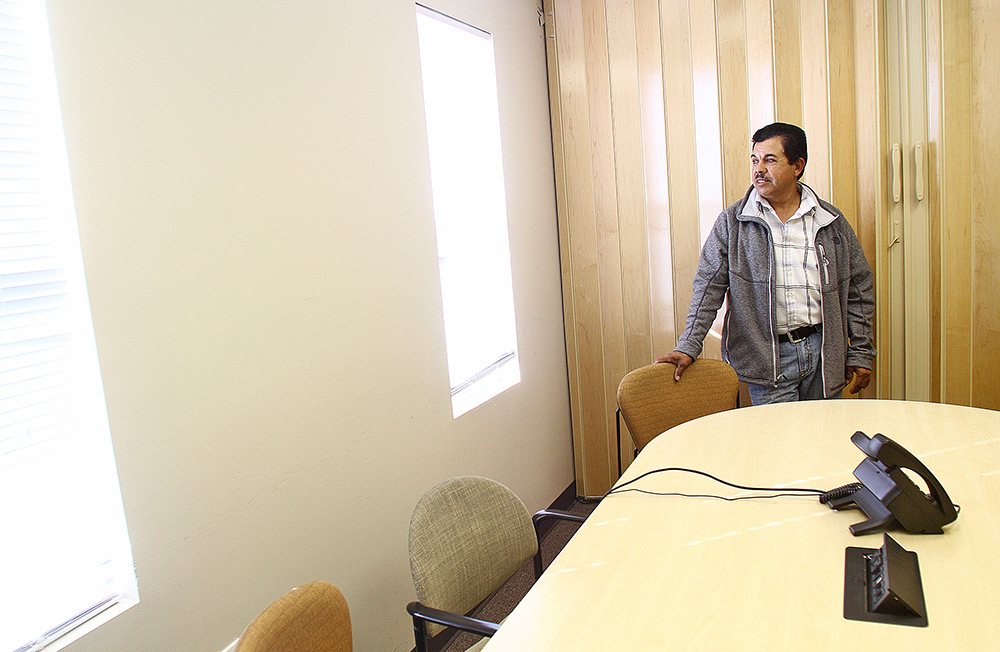 Getting justice and a safe home

Jose Cabrera cranked up the heater to full blast in his duplex unit to keep his wife and three children warm. It wasn't the coldest day of the year, nor was the winter excessively frigid. But he was willing ... [Read More] 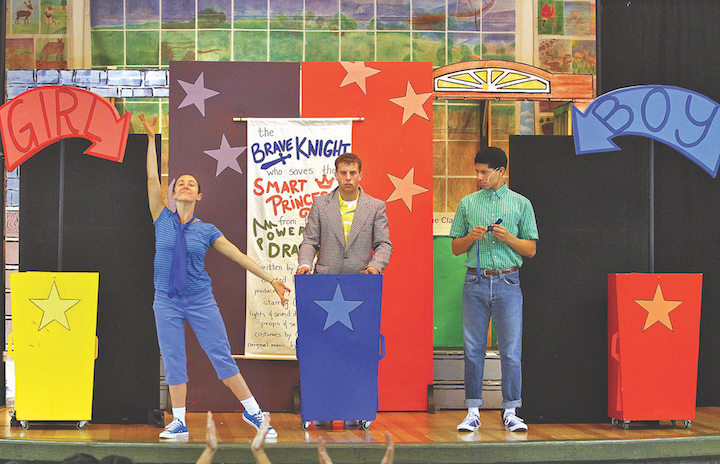 "All the world's a stage," according to the king of theater, William Shakespeare. TheatreWorks Silicon Valley has taken that concept to heart by fostering theater skills and creative thinking throughout ... [Read More] 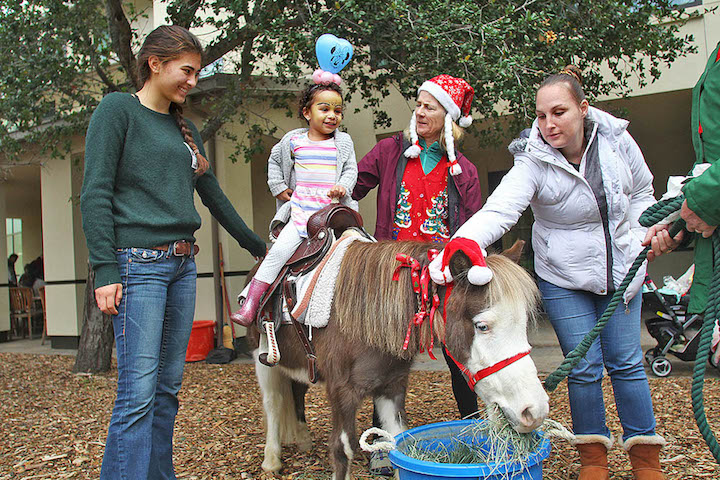 After 14 brain surgeries over the past three years -- including three this past month -- few things can get 11-year-old Austin Morgan to jump out of his hospital recovery bed and leave his wheelchair ... [Read More] 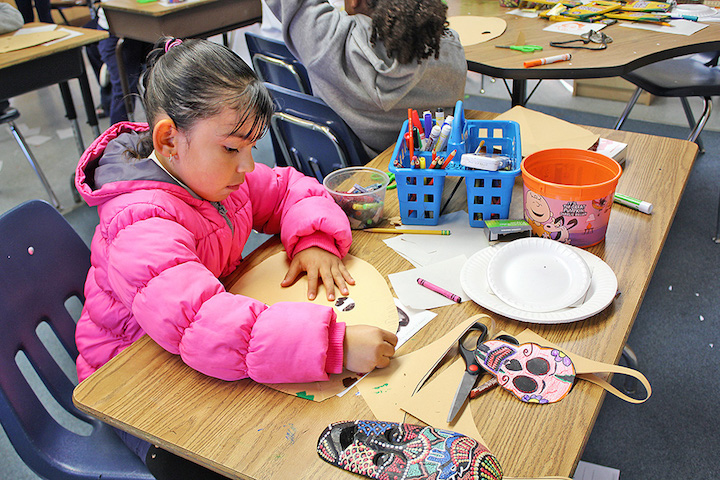 As first-graders spilled into Amy Modrich's classroom, they marveled at masks set out on desks, picking them up and eagerly asking what they were going to do in class that day. Modrich called the students... [Read More]