The Gran Fondo is a hugely popular and celebrated tradition in the Italian cycling world. Gran Fondo, meaning “big endurance”, is a long-distance, timed cycling event that welcomes competitive, amateur and recreational cyclists of all abilities.

The 2021 Sunbuild Top End Gran Fondo is the Largest Cycling Event in the NT.

Some cyclists ride for the satisfaction and pride in making it to the finish. Others want to improve on their previous times and to challenge themselves. And while it is not a race, some ride to be first. 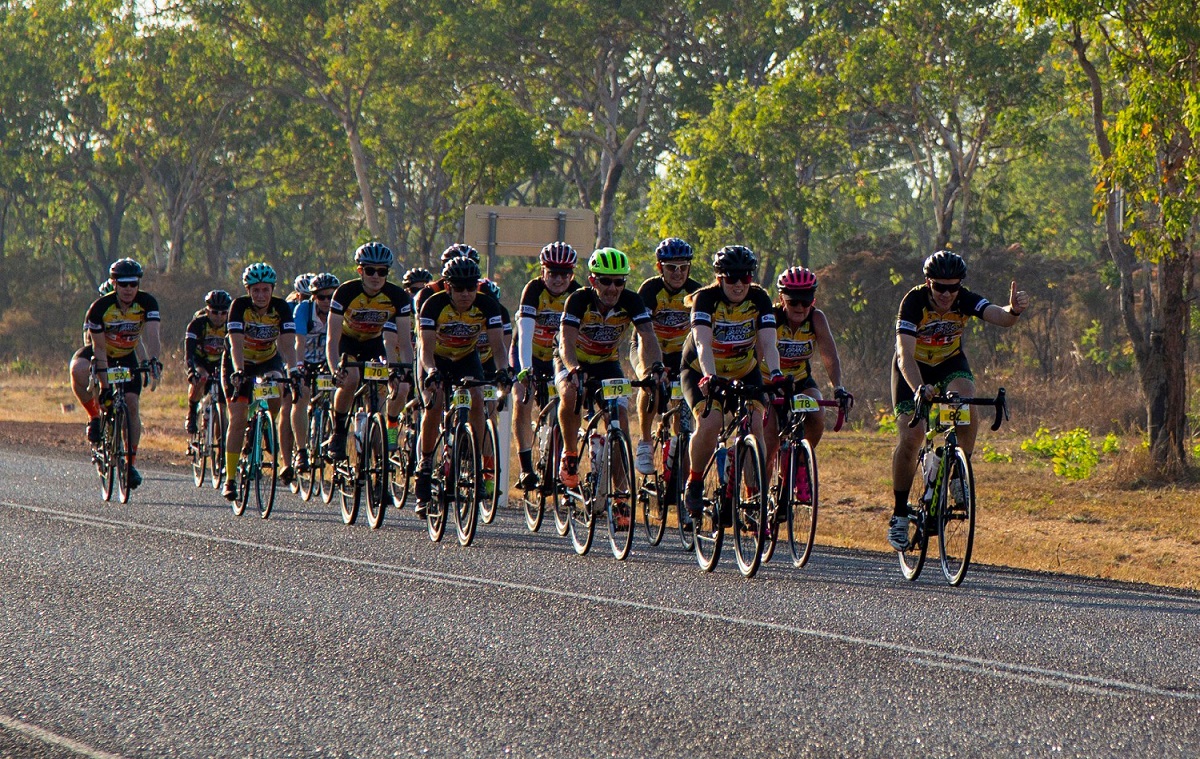 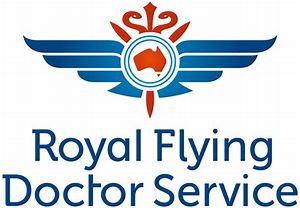 The Royal Flying Doctor Service is one of the largest and most comprehensive aeromedical organisations in the world, providing extensive primary health care and 24-hour emergency service to people that live, work and travel across the 7.69 million square kilometres of Australia.

The Royal Flying Doctor Service has been saving lives in rural and remote Australia for more than 90 years. Delivered by a dedicated team of professionals, using the latest in aviation, medical and communications technology, and supported by a vast number of volunteers and supporters, the RFDS provides a lifeline for those that live, work and travel in rural and remote Australia.

Established in 1928 by the Reverend John Flynn, the RFDS has grown to become the world’s largest and most comprehensive aeromedical organisation.

We are a not-for-profit organisation, and while we receive support from Commonwealth, State and Territory governments, the RFDS relies on fundraising and donations to bridge the gap in operational funding, and to finance its capital-raising program for replacement aircraft, medical equipment and other major capital initiatives.

The RFDS is helping over 1000 people every day

Below is a snapshot of the work we have done in the last year alone.

Why is the Royal Flying Doctor Service needed?

Australia is a big place -- 7.69 million square kilometres big -- and with a relatively small population of @25 million people.

Two thirds of our population live around the regional coastlines and the remaining third live across rural and remote areas -- sometimes more than a 6 hour drive to the closest township.

Access to health services can be a problem. Services that are taken for granted in the city are routinely just not possible outside metro areas, and this creates real hardship for the families and communities living in the bush.

The Royal Flying Doctor Service works to reduce the disparity of health service access. We bring emergency medical and primary health services to those areas that don't have access. We make it possible for people to live, work and travel across this large continent. 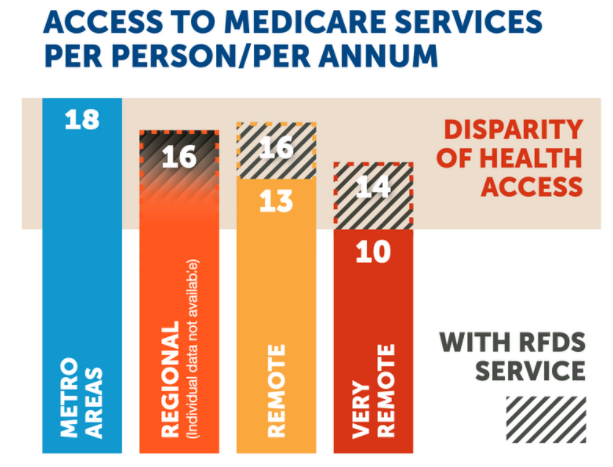