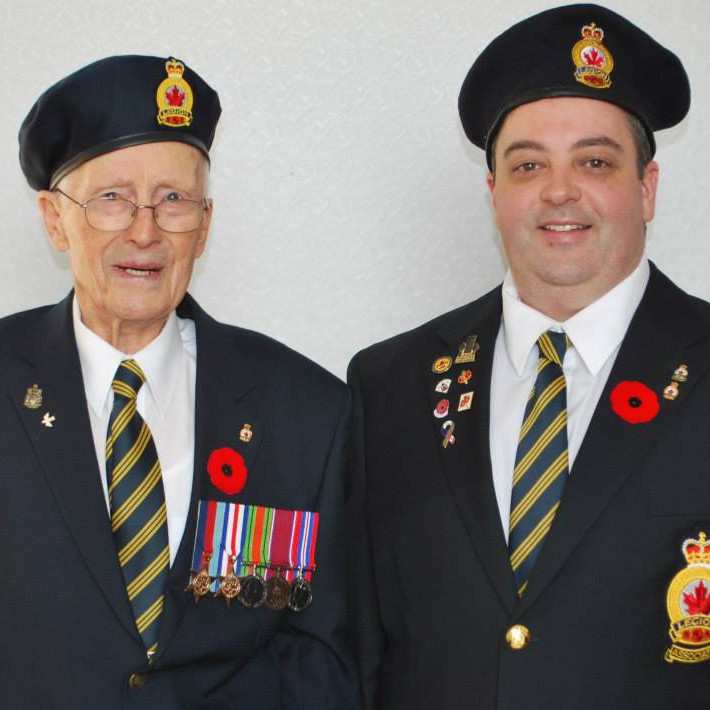 While many associate Juno Beach as a Canadian landing, because the 59th (Newfoundland) Heavy Regiment of Britain’s Royal Artillery did not participate in D-Day, most of the regiment landed in France via Juno Beach.  My own grandfather, Samuel Barbour - who served as a Gunner (GNR) in “A” Battery of the 59th Regiment - would have walked on Juno Beach five or six days after D-Day.  Along with the regiment, he would later fight through Belgium and into Holland, before being the only Allied heavy artillery to cross the Rhine River into Germany when they were selected to take part in the Battle of the Rhine and the attack on Bremen.

Following the war, my grandfather returned to a more quiet life in Newfoundland as a fishing boat captain.  During an annual Remembrance Day service at the local school one year, an English teacher spoke about my grandfather. She said, "Every year on this most special day he dons the blue beret and navy jacket adorned with medals – the recognition of his service, courage and bravery. He and his beloved wife make the journey down the hill to our school.  When they arrive, faces wreathed in smiles, they bring a card with a beautiful and thoughtful message of thanks and a gift for our students."

I will be participating in the France 5K on the Sunday before Remembrance Day.  According to the event page:

"Why the FRANCE 5km? Canadian soldiers have fought and died in the fields, hills, and beaches of northern France through two world wars. In the dark days of the Second World War the nearly 5,000 men from the 2nd Canadian Infantry Division suffered through the tragic Dieppe Raid of August 19, 1942. Two-thirds of these were killed, wounded, or captured. Two years later, in early September 1944, the 2nd Division liberated the port town of Dieppe after fighting through the Battle of Normandy. This battle cost the Canadian Army over 5,000 soldiers killed, a devastating toll over 77 days of fighting to destroy the German army in France and liberate that country. When you run or walk the France 5km this fall, you remember our troops at Dieppe and the fallen Canadians who rest forever in Normandy."

This is the second year I have participated in this race to honour and remember my grandfather.