This is a Veterans Day run in honor of Lt. Michael P. Murphy (SEAL), who was killed in Afghanistan trying to save his SEAL team. He was later awarded the Medal of Honor for his bravery by President George W. Bush. The movie "Lone Survivor" starring Mark Wahlberg is their story.

A Penn State University alumnus, Lt. Murphy believed that, “Education will set you free”. Proceeds will benefit the Murph Foundation that supports scholarships for those pursuing careers in our armed forces.

Why Do We Run Lt. Murphy "Murph" Races Around The Country?

IN HIS FINAL ACT OF BRAVERY, HE CONTINUED TO ENGAGE THE ENEMY UNTIL HE WAS MORTALLY WOUNDED, GALLANTLY GIVING HIS LIFE FOR HIS COUNTRY AND FOR THE CAUSE OF FREEDOM.

Packet pickup is on Saturday, November 6th, at 9th Street Bar & Bistro from 12pm to 4pm. 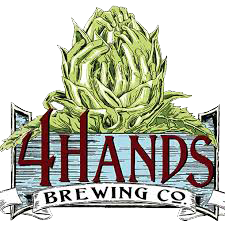