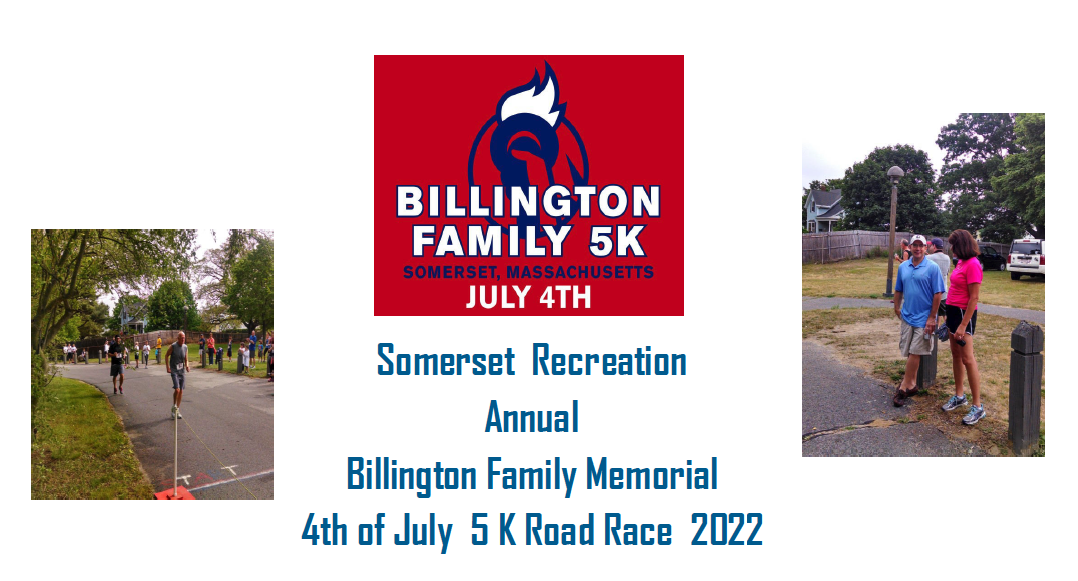 Check-in and post-registration begin at 7:00 a.m.

Course: This 5k run follows the scenic Taunton River along

Riverside Avenue. It is mostly flat with two small hills.

Amenities: All runners will receive a T-shirt

Fourth of July means the Billington Road Race in Somerset

The race is named for Greg Billington, a Somerset High School and college athlete who passed away of colon cancer in 2006, and his father, Raymond Billington, who was a selectman in Somerset.

While the race has been around for many years, this is the 10th anniversary of it being named after a Billington. The race was originally named for Greg, but a few years ago, after his father passed away, the race was renamed the Billington Family Fourth of July Race.

Steven Billington, Greg's brother, said the race represents what his brother was about. He said Greg was a diehard runner who ran the Fourth of July Race in Somerset many times.

Steven said that he, his sister Diane Stronach and his mother, Priscilla Billington, and a number of nephews, cousins and in-laws will be at the race on July 4th.

Steve said the Fourth of July Race is a good way for people to begin their holiday and for his family, it is a day to remember his brother and father. Steve, who served on the Somerset Playground and Recreation Commission for 18 years and currently works as a logistics planner for Coca-Cola, said the current commission and Recreation Director Barry Fontaine do an outstanding job of organizing the race.

The five-kilometer run follows the scenic Taunton River along Riverside Avenue. The course is mostly flat with two small hills. Entry fee is $30 online and $35 on the day of the race.

All runners will receive a tee shirt. There will be mile markers. Post race refreshments will be served and awards will be presented. There will be trophies for overall male and female winners and medals for the highest finishers in each age group.

For more information, runners can call the Recreation Department office at (508)646-2808 or visit the office on the first floor of the Town Office Building, located at 140 Wood St.