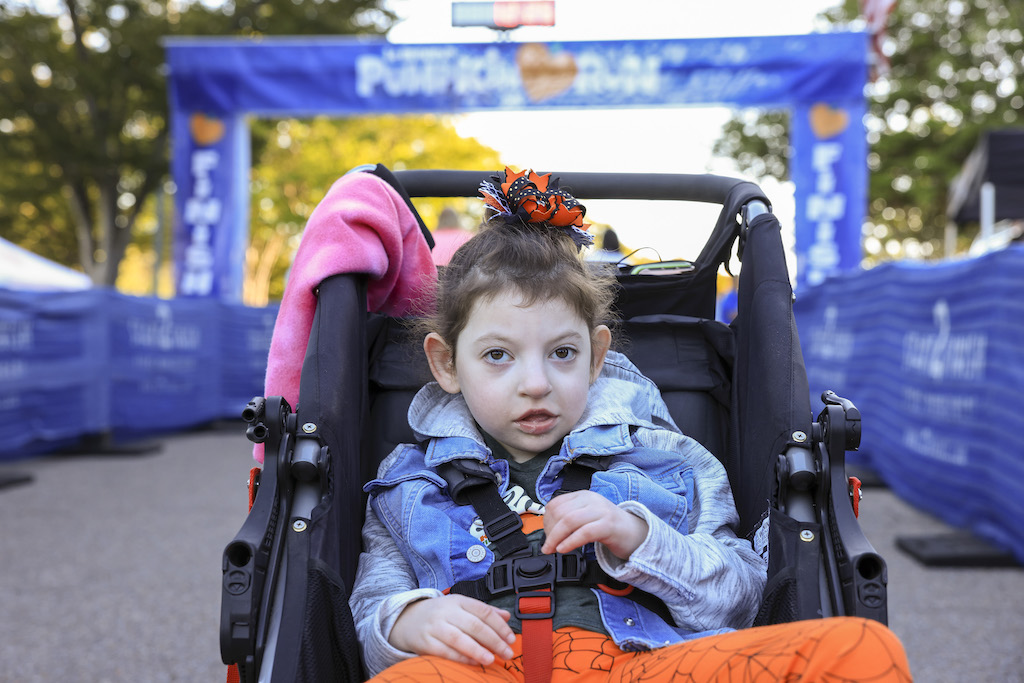 When Anabelle Krueger was 4 months old, she was not yet meeting development milestones like rolling. Her parents were concerned and made an appointment with their local pediatrician in California, but they were told Anabelle was fine and they need not worry.

The team at Le Bonheur’s top-ranked Neuroscience Institute discovered that Anabelle was experiencing infantile spasms, which can be extremely dangerous to child development if not controlled, and immediately ordered her hospitalized for an in-patient treatment regimen.

Within two weeks, her seizures were gone.

Because of you, Le Bonheur Children’s was there when Anabelle needed them most.

Anabelle was diagnosed with epilepsy at the age of 1, along with an epilepsy variant caused by an undiagnosed genetic condition.

Following her diagnosis, Anabelle returned to Le Bonheur every three months for regular appointments. She was also diagnosed with hypotonia, which is decreased muscle tone, and requires feedings via G-tube.

“Every time we have needed something, Le Bonheur has been there for us,” Anabelle’s mom, Katie, said. “They are able to provide much-needed resources and genuinely care about Anabelle and our family.”

The unparalleled accessibility and decisiveness of Le Bonheur’s epileptologists saved Anabelle from a lifetime of neuro-degenerative side effects.

Today, 6-year-old Anabelle has check-ups with her neurology team twice a year to manage her condition.

The Kruegers are so grateful for Le Bonheur Children’s. When you participate in this year’s Pumpkin Run, you are making a difference for kids like Anabelle.

Kids 10 and younger can participate in a 400m Kids' Fun Run starting at 8:30 a.m. at the official 5k start line. Those who participate will receive a ribbon. This is a free event and you do not need to register.