The 2017 edition of the Athletics Canada Race Director's Summit will be held in Ottawa as part of Race Weekend and Canada's 150th birthday celebrations!

As registrant of the Summit you will receive a free copy of the Ottawa Marathon 40th anniversary book, free entry into an Ottawa Race Weekend event of your choice, and access to VIP event and finish line. We are also offering an AIMS/IAAF course measurement seminar on Friday.

The Welcome Reception will take place at the Canadian Museum of History, in the Grand Hall.

The hotel rate for Wednesday May 24th through Sunday May 28th is $189/night. Rooms are no longer guaranteed. You can book by calling Émilie at 819-778-3040 ext 210 or via email EBelisle@rosdevhotels.com

Thank you for choosing the Crowne Plaza Gatineau-Ottawa for your upcoming Summit in May 2017.

Our hotel is only 3km from Elgin Street!

Thank you to our Summit Sponsors 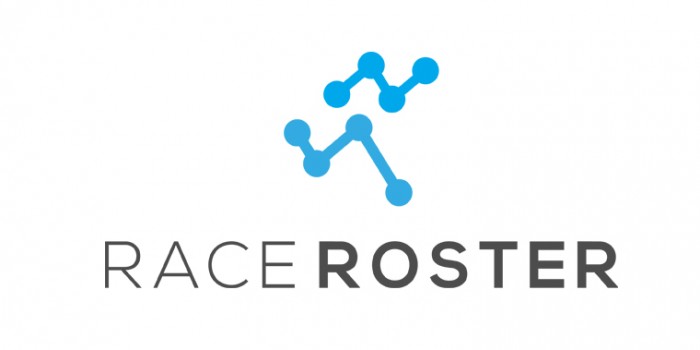 Our Speaker line-up will be updated throughout the spring: 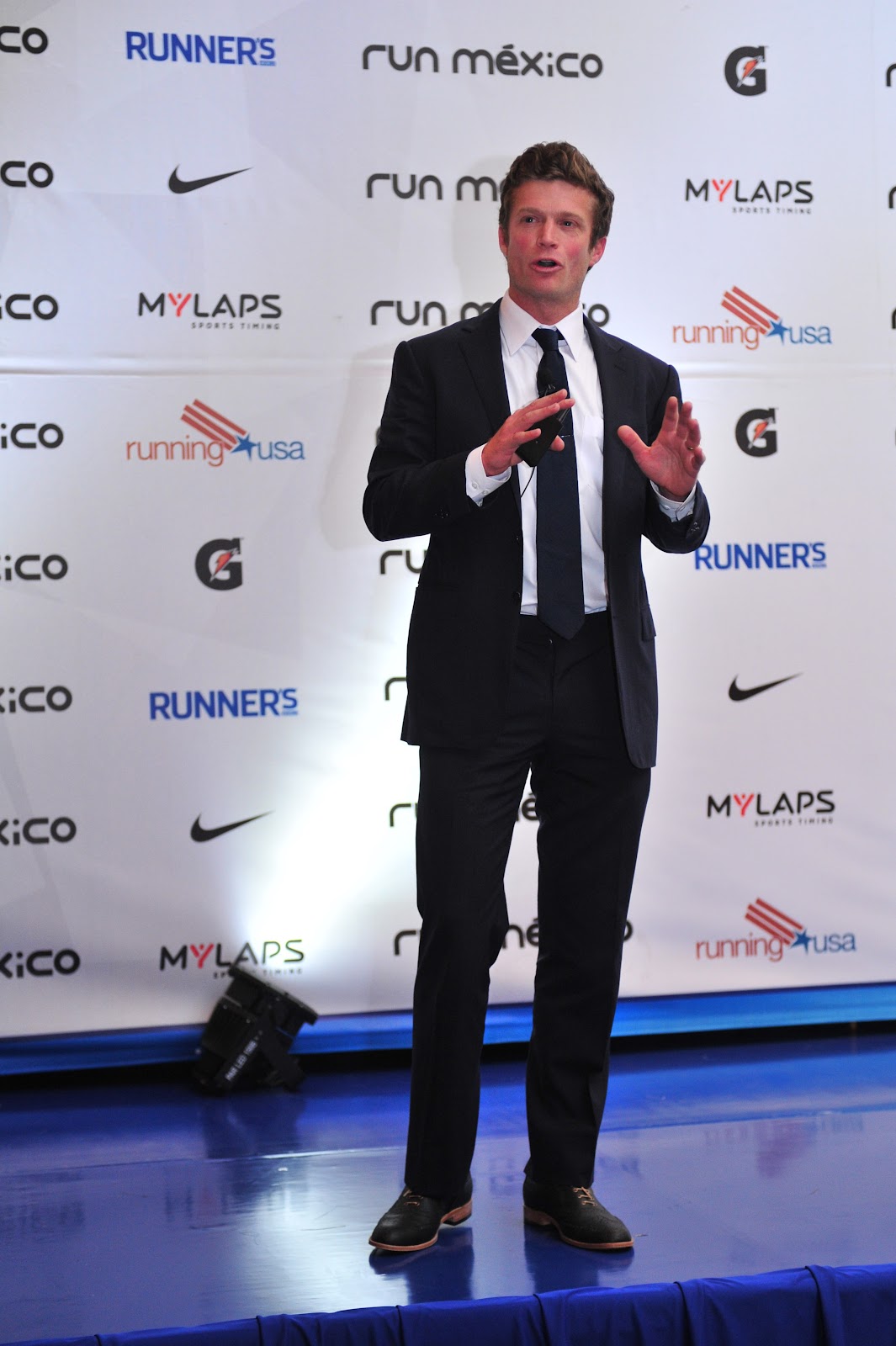 J.T. Service founded Soul Focus Sports in 2011. Prior to that Service was a 2008 U.S. Olympic Trials Marathon qualifier, is still a member of the California Bar, a USATF Authorized athlete’s agent, and the creator of the SF Bay Area based Represent Running Series featuring 15,000+ athletes annually. As a production company Soul Focus manages endurance events for the San Francisco Giants, the San Francisco 49ers, HOKA ONE ONE shoes, and Cumulus Media amongst numerous others. Most recently Soul Focus partnered with Silverback Productions to create Silverback Pacific and has been tapped to manage the 106th Annual Bay to Breakers. Service resides in Santa Cruz, CA where tries to find time to surfs waves and run on redwood covered trails. 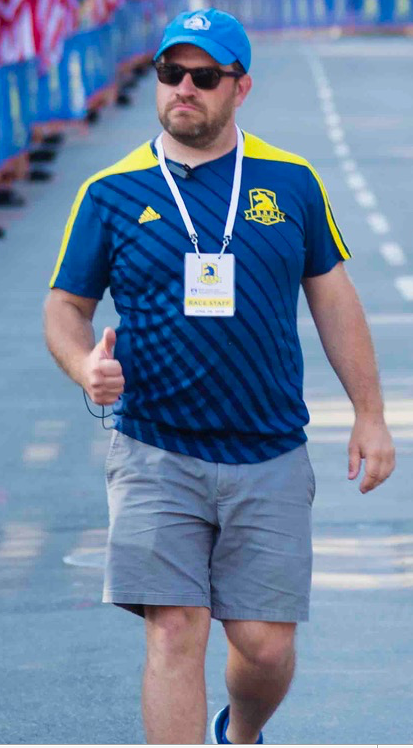 Matt West is the Senior Vice President of Operations for DMSE Sports, a leader in Operations and Logistics for mass participatory events in the US. Matt leads the operations team for a number of classic races in the US including the Bellin 10K in Green Bay, Wisconsin, the TD Beach to Beacon in Portland, Maine, the New Balance Falmouth Road Race in Falmouth, Massachusetts and the Northeast Delta Dental Mount Washington Road Race in New Hampshire. Matt also works on the operations team with the BOston Athletic Association including the BAA Boston Marathon, the BAA 5K, the BAA 10K and the BAA Half Marathon. 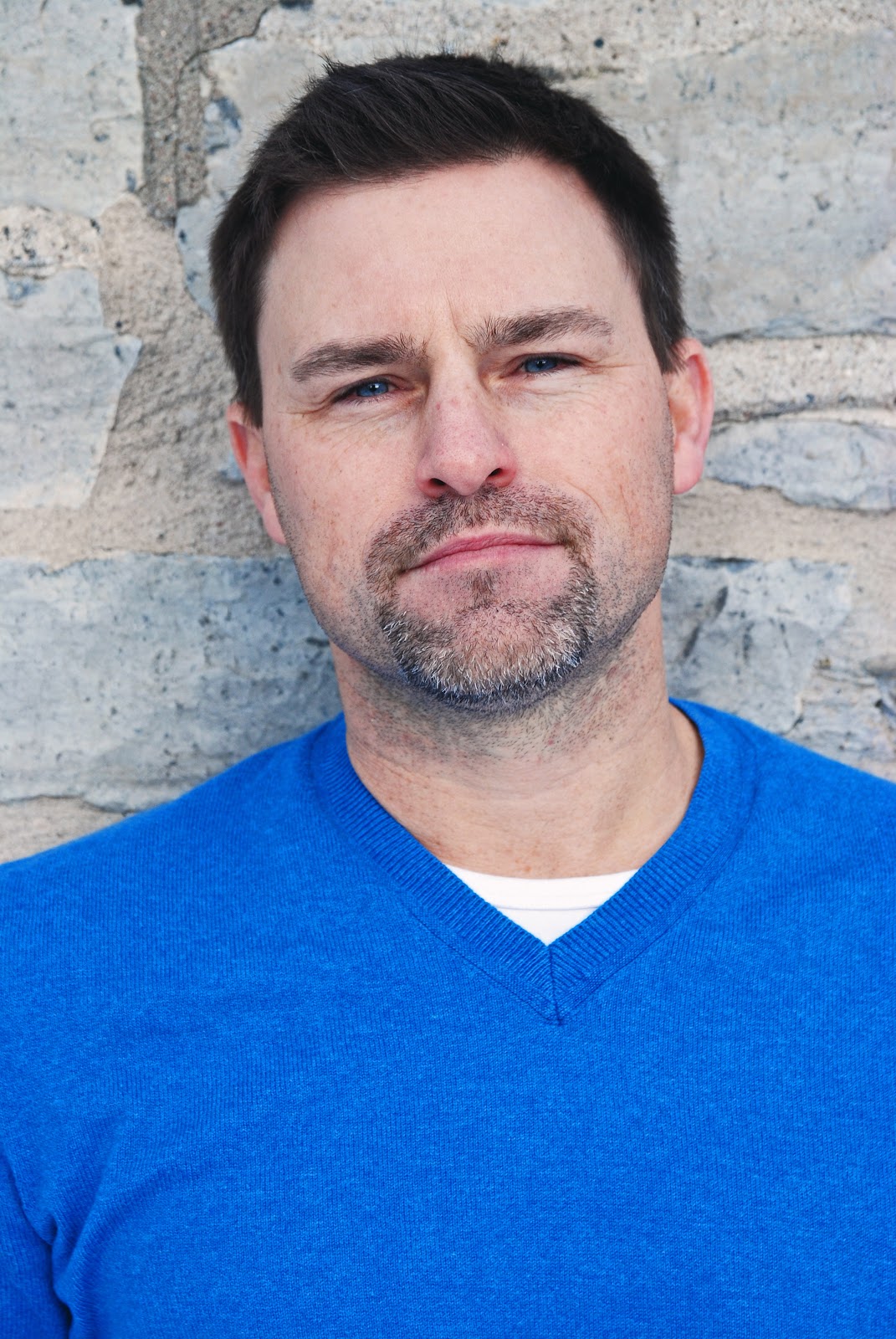 Jason is an Associate with the Sport Law & Strategy Group, specializing in event risk management and sponsorship. He is well-known for hosting world-class events with a strong focus on the finest attention to detail and the athlete experience. Examples include various professional sport events as well as the Scott Tournament of Hearts, 24 Hours of Adrenalin Mountain Bike Racing Series, the World U23 Ultimate Championships, and the upcoming 2017 Men's U23 World Wheelchair Basketball Championships. Jason is currently performing event risk management audits and emergency preparedness plans for his clients. You can contact him at jer@sportlaw.ca and follow him on Twitter @sportarchitect. Jason will speak on our Operatoins Panel.

Since 2012, Charlotte Brookes has been the Event Director for the Canada Running Series. She is responsible for organizing and managing the entire event for the 5 CRS East races, which include the IAAF Gold Label Scotiabank Toronto Waterfront Marathon. To successfully manage the event, her main focus and role on race day is Emergency Management, Crisis Communication and Event Dispatchers through their Event Command Centres. 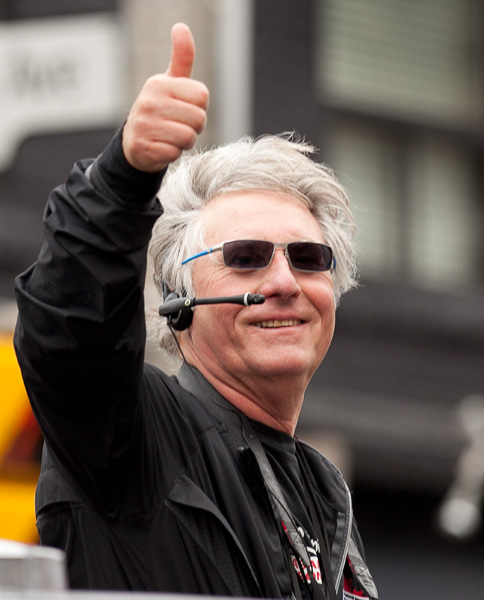 Alan Brookes first organized a race in 1983 while he was a history professor at the University of Guelph. In 1987, he began to pursue a full-time career as a race director. Alan was also a competitive club runner in his own right, with a best time of 2:34 for a full marathon.

In 1990, he founded the Coors Light Running Series, a six-pack of races in Downtown Toronto combining international-class athletics with community fundraising. In 1999, events in Vancouver and Montreal were added to form the Canada Running Series/Circuit du Canada. The series finale, the Coors Light Toronto Half-Marathon, eventually evolved into the prestigious International Association of Athletics Federations Gold Label Scotiabank Toronto Waterfront Marathon and Half-Marathon, attracting 26,000 runners annually. In 2015, he and his team, were commissioned to organize the Toronto 2015 Pan Am Games marathons and race walks. In 2016 he was inducted into the Toronto Sport Hall of Honour as a builder.

Alan’s driving mission is “building community through running,” a principle he implements through the twin pillars of organization and innovation. Alan is a tireless champion of distance running and a committed community worker. 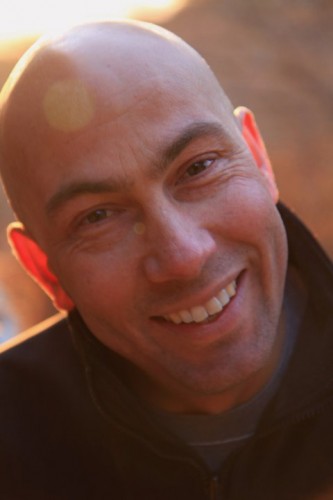 John Halvorsen is the President and Race Director of Run Ottawa, the organizers behind the Tamarack Ottawa Race Weekend. Prior to joining Run Ottawa full time John was the Chair of the Board for Run Ottawa while working 18 years in the high tech sector as a Senior Business & Product Manager for Nortel & LG-Ericsson. While at University of Ottawa John was an accomplished runner having competed at two Olympic Games in the 10,000m (1988 & 1992), several World and European championships for his native Norway, as well as a record 4 time Canadian University Cross Country Champion. John was named Runner’s World Magazine Road Racer of the year in 1989. John holds a degree in Mechanical Engineering and a Master of Business Administration. 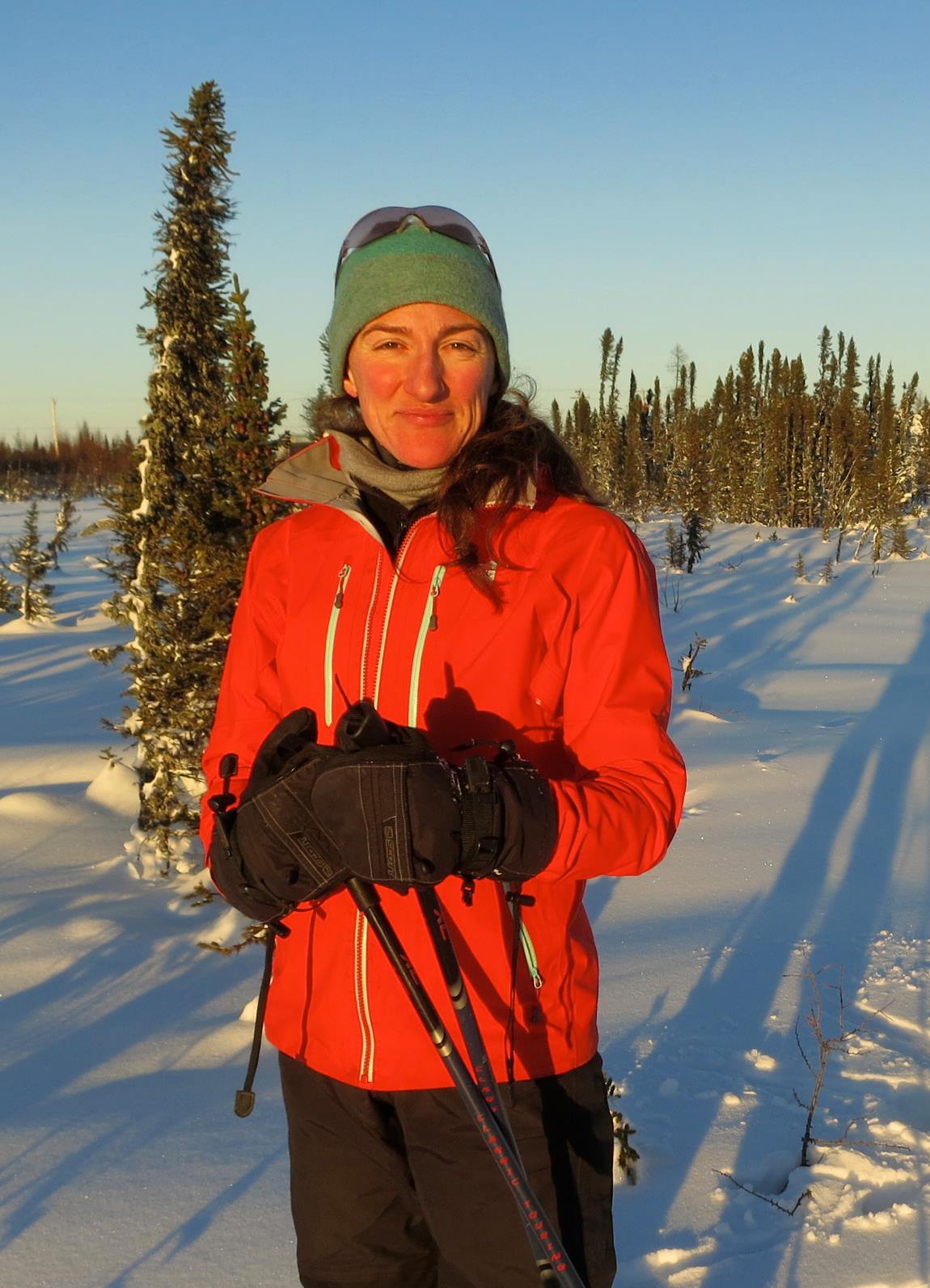 Diane Croteau knows how to organize events! Since coming to Chisasibi, a Cree Nation community of 6,500 people located at James Bay, Diane was driven to organize Run Chisasibi, a community race that saw its participant numbers jump considerably in 3 years of existence, to become an indispensable and much awaited event.

A versatile and seasoned project manager, Diane has led multiple campaigns and events for environmental organisations like Équiterre and Earth Day, and also for businesses like Bombardier and TV5. Armed with an industrial design degree, Diane is very intent in using communications, and visuals in particular to promote her event.

Diane is also a diligent runner. You have to be to run near James Bay when it’s minus 40! 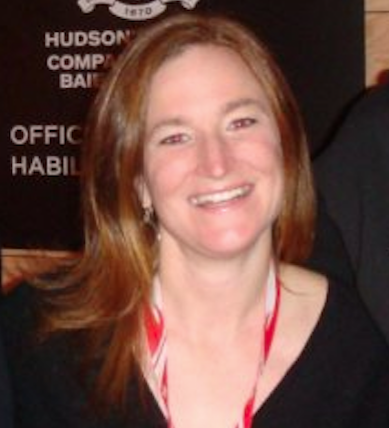 Dominique Langelier is a kinesiologist who has worked in sports management and event planning for the past 17 years. From 1994-2004, Dominique served as a ski instructor at Station Mont Tremblant while competing her education. In 2005, Out to Play Productions was formed as a Mont Tremblant company specializing in the management of national and international events. Since 2005, she has been working as a consultant with the Canadian Snowboarding Federation and Canada Snowboard in their sport development department. Dominique contributed to a number of programs on behalf of the federation, including event management and the management of the officials’ program.

IAAF Course Measurer Bernard Conway will lead us through the requirements to measure a certified course. This is a useful skill for race directors to have to save money on measuring your own course, to offer your services to other events, or just to know what you are paying for when you hire a measurer. Attendees will learn to lay out a calibration course, calibrate a bike, and measure a road course. If you are local and have a bike, please plan to bring it. If you do not have a bike, let us know when you fill out your registration so we know how many we will need to acquire.

All suppliers are welcome to register for the 2017 Athletics Canada Race Directors’ Summit. In order to protect our sponsors, please note that there should be no distribution of materials or displays by suppliers registered as Summit attendees. If you are interested in sponsorship of the Summit, please contact jlofranco@athletics.ca.