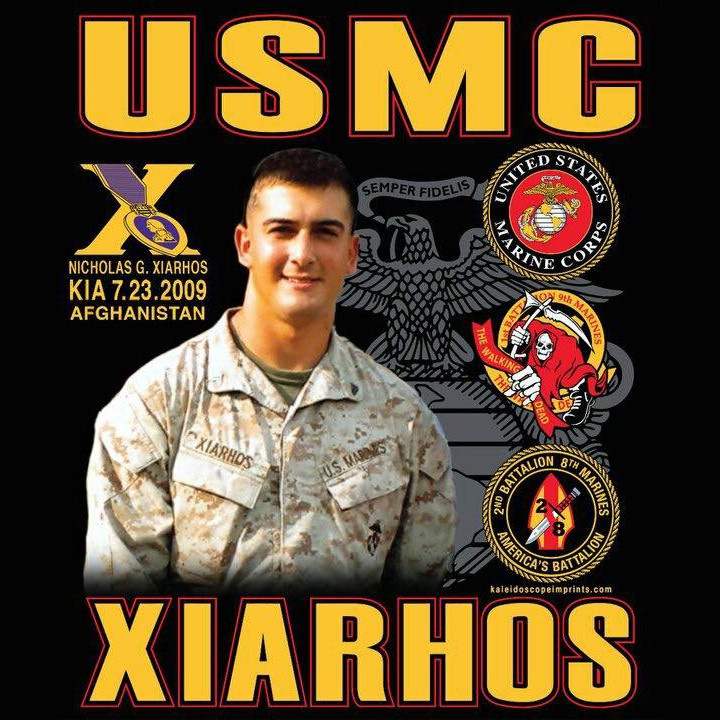 Nicholas was born at Cape Cod Hospital on February 12, 1988 and lived his whole life in the town of Yarmouth. He attended Yarmouth schools and graduated from Dennis-Yarmouth Regional High School in 2006.

His family, friends, teachers, and coaches remember him as a kind-hearted, selfless person who went out of his way to help others. He was affectionately nicknamed “The Mayor of D-Y” due to his outgoing personality and his ability to get along with everyone. In their senior year, his classmates presented him with the title “Does Most for Others.”

Nicholas had an enduring passion about serving his country and joining the military, which was heightened by the events of September 11, 2001. Nine days after graduating from high school, he entered the United States Marine Corps Boot Camp at Parris Island in South Carolina.

Nicholas died on the battlefield in the Garmsir District of Helmand Province in Southern Afghanistan on July 23, 2009 while going to the rescue of his fellow Marines in combat during ‘Operation Strike of the Sword.”

Nicholas fought for the freedom of the people of Iraq and Afghanistan. He chose to make a difference in the world and was a true American Patriot. Two weeks prior to his death, his last words to his mother were, “Don’t worry about me Mom…I’m living the dream.”  His short life was not without purpose, and he fulfilled his dream.

The Xiarhos Family has created a fund in honor of Nicholas. The Nicholas G. Xiarhos Memorial Foundation Fund is a 501c3 in partnership with the Cape Cod Foundation designed to support local military families in need of financial assistance, wounded warriors and their families, and members of Law Enforcement. In addition to assisting these families, the fund also provides support to several ongoing programs across Cape Cod.

We appreciate your support!