If you would like to share your story of Hope, Faith, and Inspiration, please send us an email at larrieta@bellsouth.net.

IN MEMORY OF MICHEL GARCIA

9-14-1977 to 7-29-2014
Linda and Michel Garcia, along with their 2 children, arrived in Huntersville in October of 2011 from Miami, FL. They established themselves in our community and, of course, in our hearts. In February of 2012, shortly after their relocation to Huntersville, Michel was diagnosed with Glioblastoma Multiforme Grade IV Cancer. This form of brain cancer, one of the most malignant, has a 5% survival rate. Michel had been suffering from symptoms including headaches, seizures, difficulty in speech, and comprehension. In addition to the original tumor, a new one was found in the frontal lobe in 2014. Despite this grave prognosis, Michel worked hard to fight these odds. Always with a smile on his face, he greeted his friends at Huntersville Family Fitness & Aquatics (HFFA) every day. The Garcia's strong faith, support from friends and family, and a will to live keeps this wonderful family going every day.
The month of May was chosen because May is national brain cancer awareness month (Silver ribbon). The distance of 7k was chosen because Michel passed in the July. The 1.7 mile distance optional turnaround was chosen because the number 17 was Michel lucky number, which you will also see consistent on race bibs. Michael's family has been very active in the Huntersville community for years.

"LIFE IS WHAT PUSHES ME." 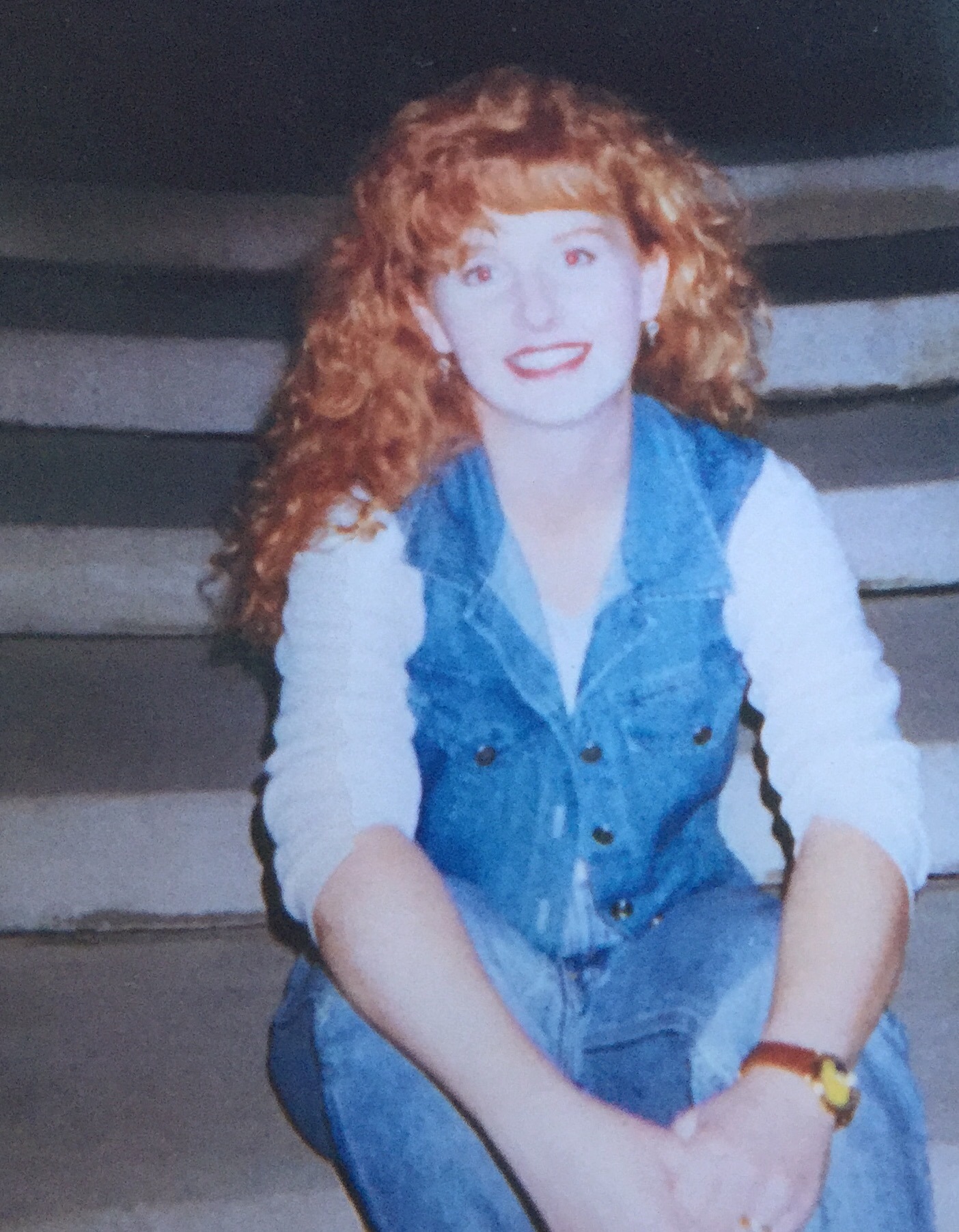 10-14-1970 to 12-1-2011
Lauren graduated from Wheeling Jesuit College in Wheeling, WV in 1992. She worked as a Registered Nurse at MUSC in Charleston, SC, then at CMC. Charlotte, and lastly at Lake Norman Regional Medical Center, Mooresville, NC.
Her untimely death left behind her four beautiful daughters: Michaela Garris, age 17; Lizzie Garris, age 13; Rhianna Garris, age 7; and Sabrina Garris, now age 4 ½ who was only 5 months old at the time of Lauren’s death.
Her mother Margaret Ahern is raising the two older girls and her brother Kevin and his wife Arelis Herman are raising the two younger girls.
Lauren was beautiful, smart, talented and mostly a loving mother, daughter, sister, and friend. She is missed beyond belief every day.

IN MEMORY OF SCOTT TREON 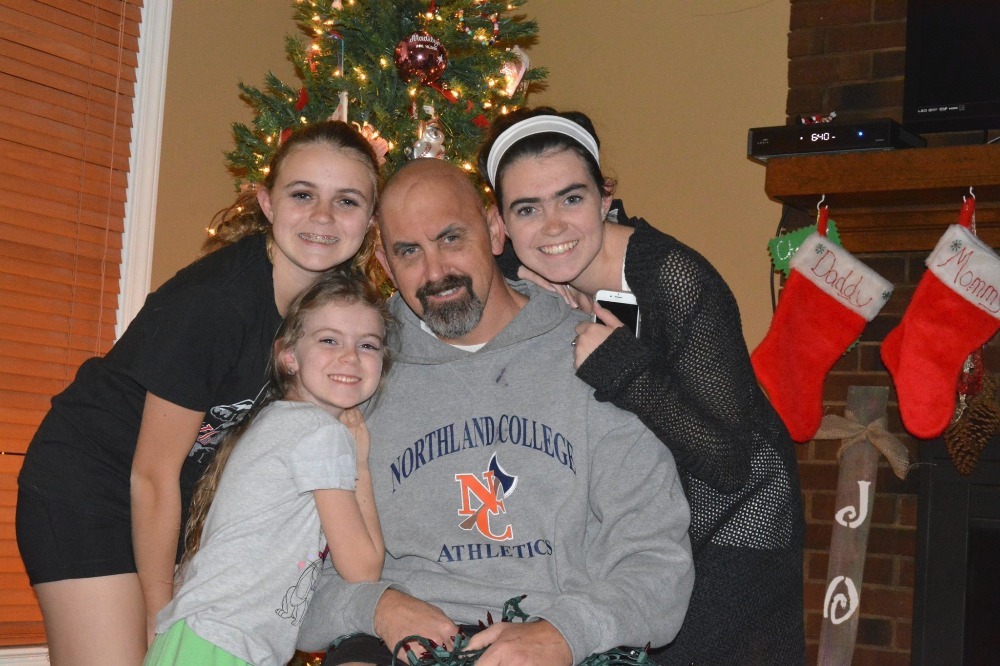 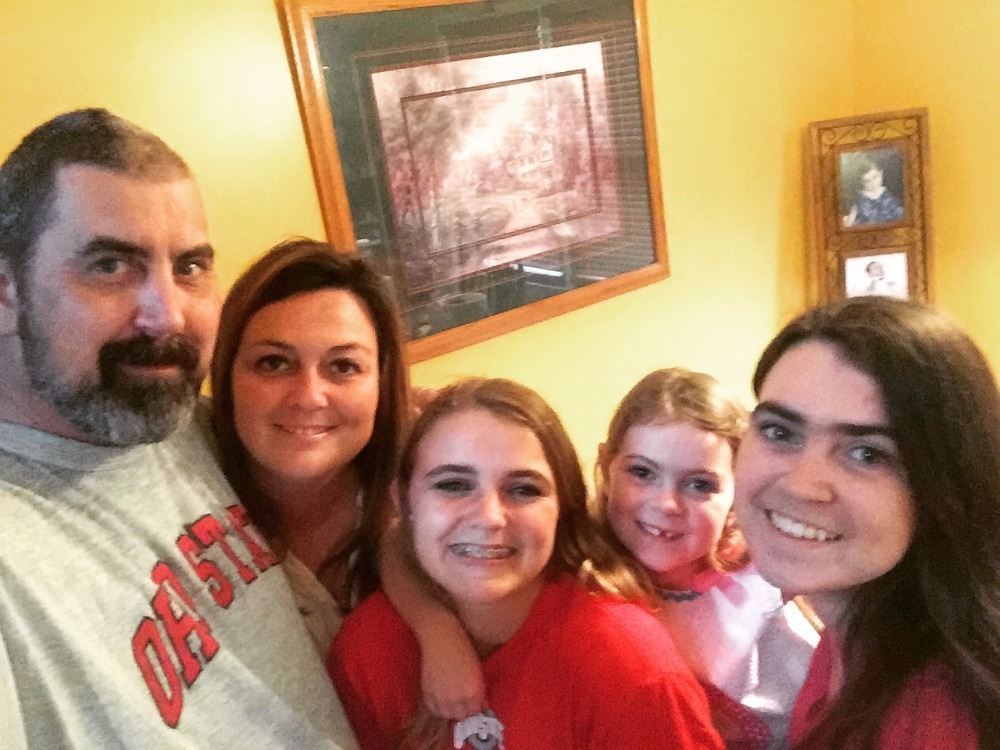 On July 29, 2015, Scott Treon, an active part of the Huntersville Community through his church and his position with the Huntersville Parks & Rec department, was diagnosed with Glioblastoma Multiforme. For some time, Scott had experienced headaches, confusion and difficulty in speech. A tumor was found in his left frontal lobe and surgery was performed, removing the tumor. With time and treatments, Scott returned to work, exercise and some normal routine with his wife, Lenae, and their three very active daughters. In January of 2016, a second tumor was found and Scott was admitted into a brand new clinical trial at Duke University, hoping to find a cure for himself but unselfishly knowing what laid ahead might not be a cure for him but for others. Scott continued to push forward and work hard to overcome the cancer. On May 22, the day after the 2016 race, Scott was again admitted to Duke for a second brain surgery to remove that tumor.
Unfortunately for those who loved him dearly, Scott’s body succumbed to his battle with GBM on September 5, 2016. He did not lose, though. In his own words, “Cancer did not beat me. I have reached the finish line. Heaven is the finish line. Heaven is the prize.” 2 Timothy 4:7 was Scott’s drive,

“I HAVE FOUGHT THE GOOD FIGHT, I HAVE FINISHED THE RACE, I HAVE KEPT THE FAITH.”